Apology notwithstanding, by posing with an image of the severed head of President Trump, Kathy Griffin is merely looking to position herself in a future New Caliphate. "I'm your friend, Abdul! Look at this picture of me and the Trump infidel!"

I wish her good luck with that, considering the position of women in most Islamic societies.


And we know how much these apologies are worth. Most of those are planned in advance of the act. Her mission has been accomplished. 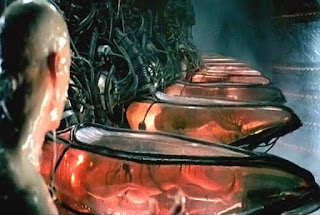 Cite.
I wanted to give a larger example of the phenomenon I described on Tuesday, without making things political. But, then again, I know that some will see politics here whether they really are here or not.

Most of us remember The Matrix; I’ve seen the first of the movies and have bowed to the reviews of the other movies in the series and not bothered with them. But the writers of these movies definitely had some Bible knowledge. In the King James translation of the Bible, there are five usages of the phrase “the matrix.” They always refer to the womb and to the birth of a firstborn.


Exodus 13:12
That thou shalt set apart unto the LORD all that openeth the matrix, and every firstling that cometh of a beast which thou hast; the males shall be the LORD'S.

Exodus 34:19
All that openeth the matrix is mine; and every firstling among thy cattle, whether ox or sheep, that is

Numbers 18:15
Every thing that openeth the matrix in all flesh, which they bring unto the LORD, whether it be of men or beasts, shall be thine: nevertheless the firstborn of man shalt thou surely redeem, and the firstling of unclean beasts shalt thou redeem.

The same Hebrew word is used each time: רֶ֨חֶם (transliteration: rechem), though King James’ 47 translators didn’t always use “matrix” when translating the word ‘womb’ (and though modern Hebrew uses another word for a matrix of the artificial variety). The translators used it only when the writer pointed to the act of giving birth. That led me to research the etymology of the word matrix. It’s of Latin origin. and it does mean ‘womb,’ and, naturally following that definition, is this one: “an environment or material in which something develops; a surrounding medium or structure.” (As an aside, I found this definition interesting: “the substance between cells or in which structures are embedded.”)

Succinctly, a matrix is a biological or an artificial place where beings or things are built. A mold.

And so, we return to my assertion that the Devil is building his multi-dimensional kingdom of lies—in counterpoint to the Kingdom of God which the latter has been building and continues to build.

This world is the Devil’s matrix--a place in which complex falsehoods are constructed, not to mention, large-scale thievery and massive destruction. Both God’s kingdom and the Devil’s kingdom have the terrestrial characteristics I’ve already pointed to, but I have not yet pointed to the most important dimension: the spiritual one.

So, let’s take this knowledge and apply it as we look at one of the Enemy’s many edifices.

As we see from the scriptures, God instructed the ancient Hebrews to dedicate each new completed (male) “construction” to Him. (With free will being what it is, that didn’t always work out.) Additionally, God bestows each of these “constructions”--male and female--on us as a blessing; a "quiver full of arrows". Related to this is the importance of one’s lineage. This knowledge points into both past and future for almost every famous—and infamous—personage in the Bible, with Jesus’ lineage being of the utmost importance. God's kingdom is one of life.

Conversely, the Adversary is building his kingdom of dead bodies, stunted lineage, and absence of blessing. Abortion, as a singular act of murder is, through Jesus the Christ, a forgivable sin, if the murderer asks Him for forgiveness and repents. But the Devil has built a network--a matrix--of abortion. The physical, economic, and political aspects of it are mere manifestation of its unseen foundation, and that foundation is spiritual.

Opponents of abortion have referred to it as a “sacrament”—that is, an outward symbol which abortion proponents find to be holy. Here in America, we have embedded abortion not only into the very being of our national body, but into the spirits of many of our country’s citizens. Therefore, it makes sense that many pro-abortion advocates view abortion as sane and moral and view their anti-abortion counterparts as evil. To be against destruction of human beings is wrong, but to be rabidly for it is pro-woman. This is evidence of a metaphysical implantation of the Adversary’s reasoning, a way of thinking that is necessary for the success of his ultimate goal--death. Example. Example 2.

Call it a method of spiritual in vitro fertilization. An anti-creation.

Observation to be continued using another edifice.

*I differentiate the true pro-choice ideology from de facto pro-abortion stance which is that pro-life/anti-abortion ideology is anti-woman. God is pro-choice, not just on this matter, but on all things. That’s why He gave us free will.


Every Tuesday and Saturday, I blog at the award-winning Da Tech Guy Blog. Latest Blog post: Keeping Up With an Old Friend.
Posted by baldilocks at 12:53:00 PM No comments:

To Feed My Brains

Kindly click the donation link so I can buy breakfast supplies for the next several days. This is what I normally eat but with much more fruit. 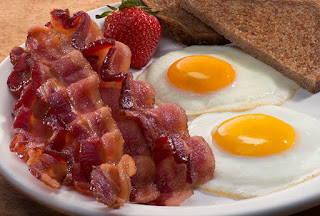 Confession: I will admit to having been on CalFresh (EBT) for most of 2016, but I have been blessed to be able to do without it since the beginning of 2017 and I don't plan on going back.


Every Tuesday and Saturday, I blog at the award-winning Da Tech Guy Blog. Latest Blog post: Keeping Up With an Old Friend.

Food and Utilities--especially Internet and COFFEE!

We Christians are familiar—some only passingly familiar--with Jesus’ assertion that the Devil is the Father of Lies. That is, he is the progenitor of everything that is false. Let’s stipulate that and go further: he is the architect of Lies. God is building His kingdom, and so the Adversary is building his.

This adversary does deal in simple falsehoods, but those aren’t his most lethal weapons. He is an imitator of his enemy, God, and therefore, his deceptions are high, wide, deep, broad, complex—and, long-term.

These types of deceptions are four-dimensional at the very least; they are his weapons of mass destruction.

When we think of lies, we tend to think of them as linear one-dimensional, straight-out falsehoods: 2+2=57, for example—a thing so outrageously false as to be laughable. Another uncomplicated falsehood: if I tell you that I weigh 120 pounds and I know that I weigh more than that, or less (ha ha), that is a simple lie and easily disproven--in my case anyway.

Following the math example, think of the most complex mathematical statement that is true, then think of the inverse, a process that’s also complex but false. But how would most people know that the process is false? Its sheer complexity is its shield against the revelation of its false nature.

The dimension of time is very important and adds to complexity. The segmented, one-dimensional way of thinking that I mentioned in this post makes it easy to miss the multidimensional edifices of falsehood all around us.

And if you can’t connect “before” with “now,” and with “later,” nor see how dependent these time concepts are on each other, then everything is “now.” By the way, the connection of those three time elements is the spine of what used to be called scientific method.

More in a bit.

Food and Utilities--especially Internet and COFFEE! 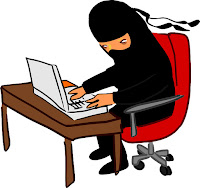 Every Tuesday and Saturday, I blog at the award-winning Da Tech Guy Blog. Latest Blog post: Profile in Faith.