Loads of Obama stuff. For example, few remember that two sets of divorce court records belonging to his US Senate opponents were magically unsealed, causing him to win.

No one did anything about these and many other blatant crimes. No one went to jail.

President Trump must make them pay. And he will. They know it, too.

As a former USAF linguist, having held a high-level security clearance, and knowing full well what would have happened to me if I had "mishandled" classified information like the late Sandy Berger or built a server in my house for my classified email account like Hillary Clinton, I have simmered in low-level rage for over a decade as I watched them walk free after their deeds were exposed.

The only thing that makes me smile a little is imagining an unrepentant Sandy Berger explaining his little heist to the Almighty.

Bet that went over well!

Some commentators have said that President Trump and his supporters should be magnanimous in victory.

If these people don't fry for trying to overthrow this president, they will just try it again, as they have been doing for decades. More than a half a century, in fact.

We have to make the consequences no longer worth risking.

Donald Trump has a history of crushing his enemies, and, as Thomas Wictor has been pointing out for a while, has it well-planned.

I want to see it, maybe in person. I want to see them finally pay for trying to turn my country into a third world shithole -- like they've done to my state.

And it will happen. I can smell it in the air.

Latest posts: The Brains of Your Children on Socialism, Lost on Double-Think Road, and Two Guys Don’t Get Prosecuted.

When you hit the Tip Jar, it helps pays for: A Roof Over My Head, Food, Gasoline, Car Insurance, the writing of My Next Book(s), and Utilities--especially Internet and COFFEE! Yes, coffee is a utility.
Posted by baldilocks at 9:03:00 PM 1 comment:

Underneath the Mask Evil Sometimes Wears 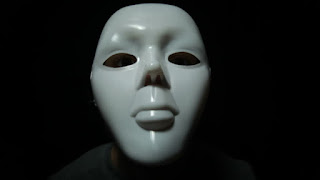 Muslim male and Muslim female murder a bunch of people of nearly every race.

White male murders a bunch of mostly white children and some of their teachers.

Asian male murders a bunch of people of every race.

And, black Muslims murder a bunch of black Christians.

I could go on and on, but call this a microcosm. Almost every observer wants to put his/her own political spin on these atrocities and I could put my own “War on Christianity” spin on it if I were inclined; and it is that. But there’s an overarching view to it.

Because too many view Christianity as a political ideology, it’s necessary to refute that and give its true meaning. Christianity is a relationship with God – one in which He defines the terms of the relationship. The terms are simple: acknowledge that Jesus is the Christ – the Messiah – and claim Him for your personal savior and your liege Lord.

For those who don’t do that, they put their trust in something and/or someone else -- or in nothing else.

This is not a criticism toward non-Christians. I’m just outlining the basis of my thought process.

I’ve said before that mass murderers and serial killers are demonically-possessed and I believe this more than ever. In whatever manner it may have come about, demons cross these murderers’ spiritual egresses and made themselves at home. As often as not, of course, the demons were invited. The demons then proceed to lie to them.

“You’ll feel better if you do this.”

“God wants you to do this.”

“Your race will survive if you do this.”

“It will be fun/funny if you do this.”

And here is where I part company with those who want to put an ideological or even a religious spin on every iteration of mass death.

All the “justifications” are suits of camouflage.

The religious, political and carcass-worship manifestos? Please. The demons lie to the on-looking world just like they lie to their hosts.

The devil seeks to steal and destroy, and he does not care which method his children use to make it happen as long as it happens. And his greatest weapon is terror, both the feeling and the act. The two can create a seemingly inescapable circle. A Carousel of Hell.

I know. It’s easy for me to dispassionately say that it’s not about being a Muslim or a Christian or a homosexual or a conservative or whatever when no one I love has been the victim of these murders. And, perhaps that’s why I can see it, along with the fact that I naturally look for patterns when similar actions are repeated more than twice.

And, in the cases of these types of slaughters, the pattern is so obvious that it has almost become boring to witness. Almost.

There will be more because the Devil knows his time is short.

Your mission: to refuse to be terrorized. Also, don't be taken in by the terrorists appeals to tribalism -- even if that tribalism is labelled "Jesus."


Every Tuesday and Saturday, I blog at the award-winning DaTechGuyBlog. Latest posts: On Refusing to Let Others Pull Your Strings, Our Betters Get Busted, and Something to Look Forward To.

When you hit the Tip Jar, it helps pays for: A Roof Over My Head, Food, Gasoline, Car Insurance, the writing of My Next Book(s), and Utilities--especially Internet and COFFEE! Yes, coffee is a utility.
Posted by baldilocks at 2:35:00 PM 2 comments:

Rent, electric, gas, insurance. Hit the tip-jar, if your are so inclined!

A Deeper Look at Northam -- linked by Instapundit

When you hit the Tip Jar, it helps pays for: A Roof Over My Head, Food, Gasoline, Car Insurance, the writing of My Next Book(s), and Utilities--especially Internet and COFFEE! Yes, coffee is a utility.
Posted by baldilocks at 3:04:00 PM No comments: