Here are my top traffic attractors from last year. Three Instalanches. I excluded blegging posts and the elegy for Jeniffer Dawa Ochieng--mother of my Kenyan siblings.

As I was composing this post, I decided to look back again to see if I had a favorite post--one that I liked the best but is not on the list above. And it's this one:

Donald Trump and Our Current Level of Deception.

My thinking has only slightly changed since it was first posted; the fundamentals remain. Some of you know that I voted for him and will think "does she still think he's a plant?" Answer: I haven't yet ruled it out. Too soon.

Have I managed to annoy everyone? Well, it won't be the first time.

Like NFL great Jim Brown did a few weeks back, Steve Harvey meets with President-elect Trump. And a marching band from Talladega College (AL)--a historically black college--raises well more than enough money for its amenities during a scheduled appearance for the Inauguration next week.

Meanwhile, the racial epithets against Harvey and Talladega’s president, Dr. Billy Hawkins, fly freely, from black people, of course.
Having been the target of such epithets from the same source, I'd like to describe how that kind of verbal attack looks from this target’s point of view.
I’ve talked about shame mongers before and, of course, the Internet is overrun by them. The trick to resisting them is to realize that shame is the only weapon they’re wielding. They have nothing else. And if one is immune to their form of shaming--name-calling--reading it is like watching a toddler throw a fit, only funnier.
So, while Harvey tries to use his celebrity for something selfless and useful and while the Talladega College marching band gets the world stage to show off the results of its hard work and school spirit, think of their detractors as the latter sit behind their cell phones and sling names like “coon” and “Uncle Tom”[i] in between posting their twerking and ghetto fight videos.
Think of their impotence.
Certainly Harvey was openly pro-Clinton and I wouldn't doubt that Dr. Hawkins and the most of band members old enough to vote were as well. But what they have already done and will do in the face of not getting what they wanted shows the type of people they are. They know the source of their power and that power does not come from sitting on the couch and slinging insults at others or even from the president of the United States.

As the woman said, ain't nobody got time for that.

And, as for Trump, a Facebook friend of mine pointed out that if he hadn't met with any Americans who are black, he'd be called a racist.

It never pays to consider the shame mob. They're only good for amusement--as a cat might be amused by a mouse.

Meanwhile, the band marches and plays on.


[i] I love how those who use the term 'Uncle Tom' as an epithet out themselves as illiterate. It’s like a boomerang.


Every Tuesday and Saturday, I blog at the award-winning Da Tech Guy Blog Latest Blog post: Musings on Evil, Part Two --UPDATE (1/14/2017 4PM PT): A Short Denunciation of the Father Land
This is my JOB. It pays for: A Roof Over My Head, the writing of My Next Book(s), and Utilities--especially Internet and COFFEE! Yes, coffee is a utility.
Donate to Baldilocks
Subscribe to Baldilocks

Remember when CBS peddled a faked letter about GWB—a letter so ridiculously unmilitary in format that any GI could see that it was fake?

Remember that the letter--allegedly from 1973--was found to have been created using Microsoft Word?

Remember when a certain leftish blogger had objective evidence that GWB was not "AWOL," but pretended that the evidence was too difficult to read?


A new dossier making salacious claims against President-elect Donald Trump was published online by BuzzFeed on Tuesday — even though the site’s editor admits he has “serious reason to doubt the allegations” in it.

The documents — compiled before the election by a former British intelligence agent at the behest of a group of anti-Trump Republicans — purport to detail sordid links between Trump and Russian agents.

In an introduction to its dossier report, BuzzFeed admits the claims are “unverified” — but its editor-in-chief, Ben Smith, explained in an e-mail to his reporters that he decided to publish them anyway because “this dossier reflects how we see the job of reporters in 2017.”

And CNN bigwigs say that they've seen the report.

The allegations were presented in a two-page synopsis that was appended to a report on Russian interference in the 2016 election. The allegations came, in part, from memos compiled by a former British intelligence operative, whose past work US intelligence officials consider credible. The FBI is investigating the credibility and accuracy of these allegations, which are based primarily on information from Russian sources, but has not confirmed many essential details in the memos about Mr. Trump.

Trump has vehemently denied all of this. So have the Russians.

To be clear, I'm still on the fence about Donald Trump, but, for Heaven's sake, the man hasn't even taken office yet. And while I don't completely trust him, I trust the professional media and the intelligence edifice even less. Both have shown shown that they contain elements which are capable of colluding against any target, or protecting one. Even a president? Especially a president.

And the FBI is investigating...give me a break. 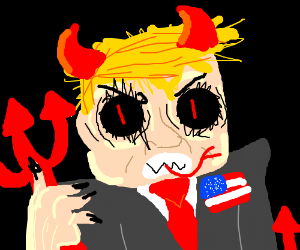 Every Tuesday and Saturday, I blog at the award-winning Da Tech Guy Blog Latest Blog post: Musings on Evil, Part Two
This is my JOB. It pays for: A Roof Over My Head, the writing of My Next Book(s), and Utilities--especially Internet and COFFEE! Yes, coffee is a utility.
Donate to Baldilocks
Subscribe to Baldilocks
Posted by baldilocks at 4:40:00 PM No comments: