Our Power, Should We Choose It

For better or worse, Donald Trump is changing the perception of the presidency. Unlike George W. Bush, he overtly pushes back at his foes with the benefit of Social Media. (Barack Obama pushed back at his, but was more deceptively polite about it -- usually.) Many don’t like President Trump's tactics and say that his salvos are beneath “presidential dignity,” whatever that means. And perhaps they are right.

But I think that we have elevated what it means to be president far too high, especially with the last president and with this one.

I’ve said before that many Americans look to a president as a savior/Savior – or as the Devil. And I can’t say that I am not guilty of this overestimation with respect to Former President Obama. Like many others, I feared that he would destroy this country. Now, I’m not saying that the former president and his backers weren’t trying to do that; what I am saying it that we are much more resilient that we thought. In retrospect, it’s reassuring to discover that he didn’t have the power to do it and I assert that neither does Donald Trump.

Though my inner conspiracy-theorist says that there are hidden and not-so-hidden actors still trying to split this country apart, the power to resist it remains with us, the People. And that power is spiritual.

I hope more of us realize this.


Every Tuesday and Saturday, I blog at the award-winning DaTechGuyBlog. Latest post:  There is More Than One Way to Purge.

So, I get home and check my email. This one was interesting. Click to enlarge.

That is my email address, and this email is from Feedburner/Google. Hacked?


Every Tuesday and Saturday, I blog at the award-winning DaTechGuyBlog. Latest post:  There is More Than One Way to Purge.

Here’s what I'll be working for this week.
I want to do a post here each day this week, including another one today; these will go along with my
usual semi-weekly posts for Da Tech Guy.

I have an at-will gig at a transcription site and I could spend all day doing that and pay for some of this stuff by next Monday. But if I do it that way, no blogging will get done.

So, again, I’d like you all to help if you want. Thanks.


Every Tuesday and Saturday, I blog at the award-winning DaTechGuyBlog. Latest post:  Telling the Truth Isn't for the Faint of Heart.

Agree or disagree, if you like the writing quality, scroll down and donate! Thanks. 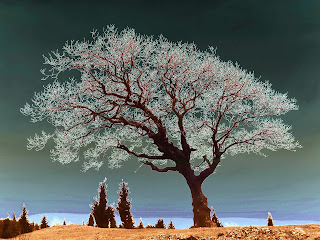 This is a continuation on my post from a week and a half ago at Da Tech Guy blog. It probably won’t follow a direct line of thinking, though. Call it a train of meandering thought.

After the massacre at First Baptist Church in Sutherland Springs, Texas, many expressed sympathies toward those who were affected and still living. “Thoughts and prayers” is the usual phrasing, something with which I have no quarrel.

However, with such an evil act having been perpetrated on followers of Jesus the Christ while they were in the midst of worshiping Him, many non-believers took the opportunity to mock Christianity and Christians.

Most of the mockery amounted to this: “Where is your god now?” “Prayer doesn’t work.”

I have several atheist friends and family members with whom I usually don’t argue and, usually, they don’t argue with me when I expound on the Bible. However, I hope that they all read what I write here and it’s this: if you’re going to argue against Christianity, know what you’re talking about and what you’re arguing against. That is the failure of naysayers to Christianity and of prayers to the Living God.

A lot of people, even some Christians, argue about what happens here on Earth as if there is no afterlife, as if this life is the only one there is. If it’s true that this is all there is, then why bother doing what’s right? Why not get all you can get and get away with?

I’ve always believed that God exists. But, before I became a Christian, the god I thought existed didn’t pay much attention to me and was busy lavishing his attention on others he felt were worthier. (The riveting thing about that is, after I became a Christian, I began to reflect on certain incidents prior to that and concluded that God had been paying close attention to me, but I had ignored it or forgotten about it.)

The beginning went like this: after reading the Bible the first time all the way through, I said “Okay. I’m in.” There were no harps or angelic visions.

Since becoming a Christian, my struggle has been to rid myself of that old notion of who God is and to discern the true nature of our being and of this world. I’ve read the Bible from beginning to end more than once. I’ve attached myself to a Bible-based nondenominational church. I’ve read and listened to topical sermons from many pastors.

The story of my search for a church is told here, but that was only the barest beginning. My life as a Christian used to be like this: I’d go to church, listen, take notes, say amen. And then I’d go back to ignoring God on the other six days. That pattern stopped when my life seemed to take a turn for the worse. Broken relationships, taking care of a terminally ill great-aunt (parent), loss of house, car and loss of the majority of my physical possessions, homelessness. Oh, I was praying then, every single day! Hanging onto the promises of God. Taking them and saying to him “you promised this if I did this.” And the big one “are you going to leave me, too?”

I could almost hear Him say: “I will never leave you nor forsake you.” Okay then. Just checking.

And He has stabilized my material possession situation – several items have been replaced by my generous friends-fans -- but I have not reverted to my old relationship with Him. And that’s one of the main purposes of prayer: keeping the relationship alive. It does so many things including this one thing: it will keep you sane. But you must listen even more than you talk because He knows things that you don’t know. Example: eternal life; the life after this one.

If I’m going to die and my body becomes worm food and my consciousness ceases to exist, then why bother to do anything other than satisfy my own appetites? People much more intelligent than I am have struggled with this, but that intellectual inequality matters not at all. If we actually think about these things – if we are “fortunate” enough to have it enter our minds and curious enough to keep turning over those rocks to see what’s underneath, we come to one of two conclusions.

Of course, item 2 has many subheadings, such as, the nature/personality of this deity and what that deity wants of us, if anything.

This direction of thought – this walk of faith – is, mostly, unfathomable to those who never embark on the journey and, especially, to those who volitionally choose to walk in the other direction. If there is nothing else other that this reality, prayers seem foolish to them. But the irony is this: if there is nothing else other than this reality, then there is no point in getting worked up over murders, suicides, rapes, etc. either! I mean, if there’s no final accounting, then it’s eat, drink, be merry, rape, steal, kill and destroy as much as you can get away with, if any or all of those are your thing.

If man’s consensus is all it is, then it falls into the same category as flavors: human preference. (…)

And if God doesn’t exist? Then we should stop fooling ourselves and putting lipstick on the pig of mere preference. Stop using words such as “values” (prevalent now precisely because “morality” connotes something absolute), designed to obscure atheism’s meaninglessness.(…)

So, if God doesn’t exist, neither atheists nor theists can be moral — only in or out of fashion.

This pastor caught no end of short-sighted ridicule even from Christians about this very biblical point of view.

We also pray in the Lord’s Prayer that God’s will be done. Sometimes, his will is done by allowing temporal evil to be the means through which he delivers us from eternal evil. Despite the best (or, more accurately, the worst) intentions of the wicked against his children, God hoists them on their own petard by using their wickedness to give those children his victory, even as the wicked often mock the prayers of their prey.

I don’t want to tell the story of the Garden of Eden again, but one thought about it reminds us that the evil in this world was set in motion then and, at some point will lead to the destruction of it. But, again, is this the only existence there is? Christians give an emphatic “no” to that question. Therefore, those who have Jesus the Christ as Savior will live forever in Paradise, and that includes most if not all of those who were murdered in Texas. This world is bad and, in it, evil falls on the just and the unjust alike. That, however, is not so in the next world, not for the group mentioned, at least.

But there’s the soul and spirit of one person that everyone seems to forget about in the discussion of this tragedy: the perpetrator. He will live forever, too. I don’t even want to think about it, really. But assuming there is an afterlife and you spent your last moments in this life mowing down innocents …

Back to prayers; in situations like this, Christians pray for the comfort of the living, that they are reminded of the hope of eternal life, and to go along with that, that their loved ones likely made it into Heaven, considering what they were doing when they died.

So those who ridicule prayers and Pray-ers have no concept of what they are doing. It's like a spiritual Dunning-Kruger effect.

I think we should pray for them.


When you hit the Tip Jar, it helps pays for: A Roof Over My Head, Food, Gasoline, Car Insurance, the writing of My Next Book(s), and Utilities--especially Internet and COFFEE! Yes, coffee is a utility. 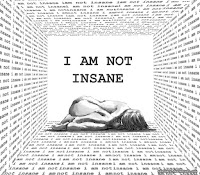 
When you hit the Tip Jar, it helps pays for: A Roof Over My Head, Food, Gasoline, Car Insurance, the writing of My Next Book(s), and Utilities--especially Internet and COFFEE! Yes, coffee is a utility.