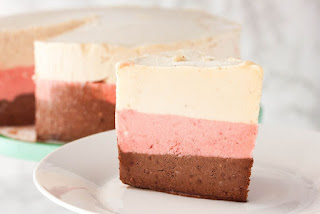 When I was a child, one of my greatest fears was being lost and separated from home and from my parents. For that reason, this real-life vignette got to me.

This past Friday, my friend and I were out running errands and we stopped by a gas station to fuel up. As my friend pulled up to the pump, he narrowly missed a rail-thin man who had walked right in front of his truck.

“No,” Todd countered. “That man is retarded. Down Syndrome, maybe.”

I gave the man a closer look and so it was. He had malformed ears and a slightly misshapen head. He was of either Korean or Chinese descent -- something which made him stand out in the area where the gas station is located.

His complexion and eyes were clear; he had an innocent smile on his face and a barely-healed gash on his right arm. He was no more than thirty years old. I watched as he headed toward the entrance to the gas station’s store, and then forgot about him for a minute.

As Todd went to pay for the gas, I sat in the truck and, like nearly everyone else in the First World, I picked up my phone to read my email and surf the Internet. But something told me to put the phone down.

I did and glanced toward the store entrance right at the moment when the store’s manager/owner -- either Middle-Eastern or Indian -- was pushing the young man out of the door. The smile was gone and the young man was resisting.

I could see Todd standing in line while watching the commotion. I steeled myself because I know that my friend has great empathy for beings weaker than himself, and that he isn’t shy about intervening to help said beings when they are being hurt. I got out of the truck.

As I headed toward the entrance, I could hear some of the other patrons saying things like, “Leave him alone,” “Stop fighting him; he doesn’t know any better,” “He’s retarded.”

Then a couple of patrons -- an older black man and a young Hispanic woman -- lead the man away from the store. They talked to him and comforted him as they kept him among the pumps and out of the way of approaching cars. He didn’t talk to them, nor did he speak during the whole encounter, but the smile was back.

Todd came back and began to pump his gas.

“Idiots in the store were saying things like ‘the hell with him; he’s not part of our community just because he’s Asian.”

“Fuck that stupid shit,” I exclaimed. “He’s a human being.” I looked at Todd.

“Please can we stay and help keep him of trouble?” I said. “I won’t be able to rest if I don’t know what happens to him.”

Todd made a few phone calls and we stayed. I turned to the young woman.

“Has anyone called the police?”

“Yes, but they’re taking their time getting here,” she said.

“You want to go home, don’t you?” I asked the young man. The older man and the woman talked to him gently and tried to hold his hands to keep him from entering the store. He reacted as if they were playing with him and kept smiling at his new friends.

“I can’t stay here much longer,” said the older man, to whom the young man had taken a liking. “I have to take my sister to the doctor.”

“I’ll take care of him,” said Todd and we said our goodbyes.

So we waited and waited for the police to arrive. The young man tried to get back into the store, but Todd found gentle ways of stopping him. He and the young woman managed to corral the man right outside of the store.

“I’m having trouble keeping him out of there,” said Todd, laughing as the two played the hand-holding game. “I could do it easily but I don’t want to hurt him.”

The sweet smile remained. A minute later, one of the workers from the store -- a tall black man -- brought the young man an ice cream sandwich. Neapolitan. It stopped the struggle.

“I’m going to call the police again,” I said. I went to the truck to get my phone. Just when I connected with the emergency operator, a lone police car rolled up. I quickly told the operator what the situation was and disconnected.

One of the officers, a young woman, was going to lead the man away, but just as that was about to happen, an employee of the group home where the man lived came up to claim him and I found out why the young man liked the original older man so much: he was a dead ringer for the group home employee. Our new friend was going home.

The woman and I smiled, hugged each other, introduced ourselves, and praised God. Then Todd and I were off.

“He was just a child, a lost child,” said Todd later.

“And all he wanted was some ice cream.”

I rested well that night.

Latest post:  The US Congress is a Den of Iniquity

When you hit the Tip Jar, it helps pays for: A Roof Over My Head, Food, Gasoline, Car Insurance, the writing of My Next Book(s), and Utilities--especially Internet and COFFEE! Yes, coffee is a utility.
Posted by baldilocks at 7:04:00 PM 2 comments:

The Military Discriminates Against Transgender Persons -- and a Lot of Other People, Too

It’s always those who know nothing about the military that want to shape it toward their purposes, whatever those purposes may be. Of course, this never involves improving military deadliness readiness.

As an informed observer, the fun part is exposing the ignorance of the "reformers."

(Related side note: the Rathergate fraud was exposed because of several incredibly stupid mistakes the perpetrators made. One that receives less attention than the others is that official military letters are strictly formated in composition. The perps did not know this when they typed up the Rathergate fake letter and presented it to the public.)

The National Center for Transgender Equality sent flags to all members of Congress, including Republicans, to commemorate “Trans Visibility Week,” Fox News reports.

Democratic presidential candidate Sen. Bernie Sanders, I-Vt., tweeted a photo of the door to his congressional office with the transgender equality flag standing in place of the usual black-and-white flag honoring prisoners of war and Americans missing in action. 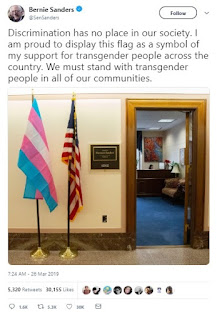 And many "forget" that it was President Obama who, in 2016, changed the military’s long-standing policy barring transgender individuals from serving in the military. President Trump simply reverted to the old policy.

Like almost all disqualifications for military service, the original transgender ban and the reinstated ban are strictly military-readiness issues.  Simply, if your condition makes your presence dangerous for you and/or others in a war zone, you cannot enlist, not even as a Chairborne Ranger.

The old bans – those involving racial segregation and open homosexuality -- did not involve deployment risks and were merely sociological. That’s why they were discarded.

During my time of service, I served alongside several gay people -- Don’t-Ask-Don’t-Tell was a thing long before President Clinton made it official policy. I didn’t care about this and most people I know didn’t either. (As a matter of fact, several of my good friends have come out after leaving the USAF.)

The point is that these people served honorably and were not a hindrance to the missions of which they were a part.

And the notion that there is no place in the military for discrimination is laughable.

While I was active duty USAF, I had three career fields: Aircraft Armament Systems Specialist, Germanic Linguist, and Slavic Linguist (Russian). And – pertinent to this topic – in the Reserves, I was an Aeromedical Services Specialist and an EMT.

I have many talents.

As Reserve medics, we performed the paraprofessional part of annual physicals for both flight crews and ground personnel and for some new recruits; that is, immunizations, EKGs, hearing tests, eye exams, etc. (I was the NCOIC of the Immunization Clinic.)

And it was our duty to be familiar with the regulations regarding entry into service and continued service.

Here are a few which bar entry into military service:
Disqualifications for continued service are a little different, but the point is that the military is discriminatory by its very nature.

So, all the Democrat congressional wailing about the military's transgender ban is mere floor-showing.

And, a patriotic and honest person who is transgender would understand the reality of his/her situation and that of the military. I bet there are such people out there.

When you hit the Tip Jar, it helps pays for: A Roof Over My Head, Food, Gasoline, Car Insurance, the writing of My Next Book(s), and Utilities--especially Internet and COFFEE! Yes, coffee is a utility.
Posted by baldilocks at 3:16:00 PM 3 comments: 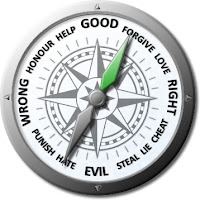 Your donations are appreciated.

Latest post:  The US Congress is a Den of Iniquity

When you hit the Tip Jar, it helps pays for: A Roof Over My Head, Food, Gasoline, Car Insurance, the writing of My Next Book(s), and Utilities--especially Internet and COFFEE! Yes, coffee is a utility.
Posted by baldilocks at 4:52:00 PM No comments: