Donald Trump May Have Saved His Country

When the new abortion laws in New York state were signed by Governor Andrew Cuomo (D) and the words of Governor Ralph Northam (D-VA) became a news sensation, it was the first time in a long time that I felt true fear for this country.

So, I did what I’ve learned to do in such cases. I again apologized to God for my own sin of abortion and for other sins. As a result, I was reminded that my sins were already forgiven and that I needed to take my eyes off myself. After all, my personal repentance had no effect on the fact that other children were being murdered in that very moment.

Here's the thing. What puts us in danger of the wrath of God isn't that abortions happen. It's that we have incorporated abortion into the body of the nation. Abortion became law and, therefore became us. And when New York and Virginia happened, it was as though they (we*) were saying "screw you, God! We'll kill these babies coming out of the chute!"

We all know how it tends to go when God responds with "Okay, then."

And, that train of thought conjured the story of the prophet Jonah and his soggy trip to the city of Nineveh.

Most people remember only one thing about Jonah: that he had the unique experience of being swallowed by a whale or some other large sea creature and of living to tell the tale. But many forget why Jonah ended up in the belly of the beast.


1 Now the word of the Lord came unto Jonah the son of Amittai, saying,

2 Arise, go to Nineveh, that great city, and cry against it; for their wickedness is come up before me.

God had told Jonah to go to Nineveh to inform the city that it was about to be judged for its sins. Instead, Jonah went in the opposite direction. God, however, can be very persuasive. 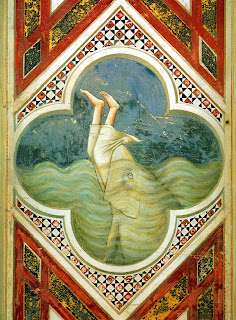 So, after the fish barfed Jonah up onto the beach, he went to Nineveh and walked the streets telling the inhabitants what God planned for them.


4 And Jonah began to enter into the city a day's journey, and he cried, and said, Yet forty days, and Nineveh shall be overthrown.

5 So the people of Nineveh believed God, and proclaimed a fast, and put on sackcloth, from the greatest of them even to the least of them.

6 For word came unto the king of Nineveh, and he arose from his throne, and he laid his robe from him, and covered him with sackcloth, and sat in ashes.

7 And he caused it to be proclaimed and published through Nineveh by the decree of the king and his nobles, saying, Let neither man nor beast, herd nor flock, taste any thing: let them not feed, nor drink water:

8 But let man and beast be covered with sackcloth, and cry mightily unto God: yea, let them turn every one from his evil way, and from the violence that is in their hands.

9 Who can tell if God will turn and repent, and turn away from his fierce anger, that we perish not?

10 And God saw their works, that they turned from their evil way; and God repented of the evil, that he had said that he would do unto them; and he did it not.

Nineveh’s leader leads his subjects in repentance – a 180-degree turn in direction -- and, it occurred to me that, unless this nation’s leader did a similar thing, we were in perilous danger of being overthrown, in whatever form that would take.

So, I began to pray that the president of the United States would call on the nation to repent.

And then it happened.

To defend the dignity of every person, I am asking the Congress to pass legislation to prohibit the late-term abortion of children who can feel pain in the mother’s womb.

Let us work together to build a culture that cherishes innocent life. And let us reaffirm a fundamental truth: all children — born and unborn — are made in the holy image of God.

Stark language, as we have come to expect from this president.

Some are saying that the president’s statement didn’t go far enough, but they missed something which I did not. The phrase ‘feeling pain’ is a tiny little grenade rolled into the ideological tent of the pro-abortionists; a seed planted. Children can feel pain long before they exit the womb and I’m looking forward to the emergence of earthly proof that children feel pain from conception.

Therefore, I contend that there may be a stay of execution of judgment on us. Maybe we haven't quite turned around, much less begun to walk in the opposite direction, but those words are indeed a halt of progress toward the point of no return.

So, I thank you very much, President Trump, for halting our march toward damnation.

*When the prophet Daniel addressed God about the sins of his nation, he said that "we have sinned," even though he, the individual, had not sinned.


Every Tuesday and Saturday, I blog at the award-winning DaTechGuyBlog. Latest posts:  A Deeper Look at Northam and Antidote to Trump Anxiety.

When you hit the Tip Jar, it helps pays for: A Roof Over My Head, Food, Gasoline, Car Insurance, the writing of My Next Book(s), and Utilities--especially Internet and COFFEE! Yes, coffee is a utility.
Posted by baldilocks at 6:34:00 PM 5 comments:

Goodbye Google Plus -- And Almost All Old Comments

Last week I received email from Google informing me that Google Plus was going away -- at least for low-traffic rabble like me. This wouldn't be a big deal except for one HUGE issue.

I misread the email and though I had until March 1st to fix things, but just discovered that all comments and followers that interacted with this blog via Google Plus are gone as of yesterday.

Apologies to all my commenters.

What I probably do: add Disqus. But I am considering returning to Typepad. The only reason I went away from it is that I had been using its monthly paid service for years, and when my descent into penury began in 2014, I changed to Typepad's free service. But Blogspot's free service was better, so I moved to this platform.

That you get what you pay for remains a constant in the universe.


Every Tuesday and Saturday, I blog at the award-winning DaTechGuyBlog. Latest posts:  A Deeper Look at Northam and Antidote to Trump Anxiety.

When you hit the Tip Jar, it helps pays for: A Roof Over My Head, Food, Gasoline, Car Insurance, the writing of My Next Book(s), and Utilities--especially Internet and COFFEE! Yes, coffee is a utility.
Posted by baldilocks at 12:50:00 PM 2 comments:

A week ago today, I declared this.

As it happens, my miracle is in progress. Thank you, God, for being You. And thank You for bringing good people into my life.

When you hit the Tip Jar, it helps pays for: A Roof Over My Head, Food, Gasoline, Car Insurance, the writing of My Next Book(s), and Utilities--especially Internet and COFFEE! Yes, coffee is a utility.
Posted by baldilocks at 11:03:00 AM No comments:

It's nice to see the beginning of the comeuppance for the mob against the Covington students. .

The list includes 50-plus names of organizations or individuals: from presidential hopeful Elizabeth Warren to actress Alyssa Milano; individual journalists including Maggie Haberman, Ana Cabrera and David Brooks; national media outlets like the The New York Times, CNN, GQ and TMZ; and the dioceses of Covington and Lexington as well as the archdioceses of Louisville and Baltimore.

I hope that young Sandmann becomes rich, but I also hope that he doesn't lose his faith.

The worst thing about this mob against him and his fellows was to have their spiritual leaders -- the Dioceses -- join the mob and betray them without even knowing the full story. I've repeatedly pointed out that all mobs are demonic. Assuming that my assertion about mobs is correct, what can we conclude about the leaders of these dioceses?

We expect creatures like Kathy Griffin (on the list in the link above) and Alyssa Milano to stir up strife and call for blood. They are, after all, the declared enemies of white, pro-life Catholic young men.

The most painful thing for anyone, however, is to have a trusted friend stab you in the back and the dioceses' leaders were more than just friends to Sandmann, et. al.

They were the boys' spiritual fathers.

Those who the Covington students should have been able to trust were their Judases. One wonders which god they serve. One wonders who those leaders call "father."

And if those on the list are lucky this will be the most dire outcome for them. 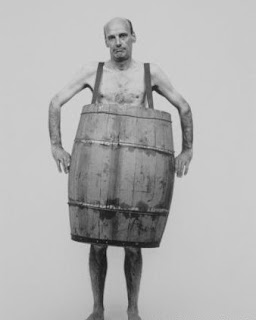 There are worse fates.

(Thanks to Don Surber)

RELATED: Why They Blamed the Kid at First

When you hit the Tip Jar, it helps pays for: A Roof Over My Head, Food, Gasoline, Car Insurance, the writing of My Next Book(s), and Utilities--especially Internet and COFFEE! Yes, coffee is a utility.
Posted by baldilocks at 2:51:00 PM 1 comment: