The Illegal and/or Unconstitutional Actions of President Barack Obama, Part 3 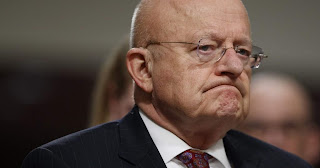 Parts One and Two are here and here. I'm in the process of adding links to the posts and I'll get around to this one directly. Part Four -- the finale -- will be published on Friday Monday.

Remember: these items are information that was sent to me. However, that I am able to easily find links to the information -- links that are mostly from mainstream media sources, the perceived enemies of the truth -- is jarring.

This stuff was sitting right in front of us this whole time, as the author of this list has asserted for years.

Also, I want to publicly thank everyone who hit my Tip Jar, in case I missed sending a thank-you email. And, in case others want to, the link is right there!

101. The Obama IRS allowed illegal aliens to claim tax refunds, despite the aliens not paying taxes; the Treasury Inspector General for Tax Administration reported that just four addresses in Atlanta, Georgia, received a combined total of 43,000 illegal-alien tax refunds worth $67,000,000.

104. Most of the boards created by the Dodd-Frank Wall Street Reform and Consumer Protection Act are unconstitutional in that these boards are granted arbitrary powers far beyond the ostensible purpose of the law.

105. The warrantless surveillance conducted by the Obama Consumer Financial Protection Bureau (CFPB) generated a database that could be shared with other federal agencies which had no legal right to see the information.

108. The Obama NSA violated the Fourth Amendment by allowing unauthorized entities to conduct baseless searches of the Section 702 database; searches increased by 300 percent, private citizens were unmasked when they mentioned any foreign country in any context, and the Executive Branch lied to the Foreign Intelligence Surveillance Court (FISC) about the frequency of these abuses.

The Obama FBI created a covert nationwide data-mining operation for collecting telecommunications records of American citizens, based on a secret court ruling that also allowed the FBI to keep the records indefinitely; FBI Director Robert Mueller promised that the content of the phone calls and e-mails would examined only when there was probable cause and court orders by federal judges.

110. The Community Relations Service (CRS) of the Obama Department of Justice illegally organized and managed rallies and protests against George Zimmerman, the man who shot and killed Trayvon Martin; the CRS trained protesters throughout Florida as part of a pressure campaign to charge Zimmerman, paid for by the American taxpayer.

111. The Obama Department of Housing and Urban Development (HUD) created a "fair housing" rule that illegally required neighborhoods to report racial data to the federal government; the data was used to create “more desirable racial blends” via federal edict.

113. The Obama Food and Drug Administration (FDA) illegally adopted new restrictions on painkillers after Congress failed to pass the legislation that Obama wanted.

114. The Department of Justice Office of the Inspector General Audit Division reported that the Obama Mortgage Fraud Working Group had fabricated its claims about its success in fighting fraud; the reasons for the fabrication were that the Group was unable to collect data, and the number of agents assigned to combat fraud had decreased dramatically.

115. Obama illegally waged war on Libyan dictator Muammar Gaddafi using the 2001 Authorization for Use of Military Force (AUMF), which states that the president can order SUSTAINED force only against “those nations, organizations, or persons he determines planned, authorized, committed, or aided the terrorist attacks that occurred on September 11, 2001”; the operation to overthrow Gaddafi lasted more than seven months.

116. The Obama Department of Justice illegally sued Louisiana over its school-voucher program, saying that the program interfered with federal desegregation efforts; after dropping the case, the DOJ began demanding annual data in an effort to “red tape the program to death,” according to Governor Bobby Jindal.

118. The Obama Office of Personnel Management (OPM) suffered the largest data breach in history, an attack that exposed the personnel files of millions of federal employees; OPM Director Katherine Archuleta, the president’s former political director, had been warned repeatedly about security deficiencies but took no steps to fix them.

119. Obama's lack of transparency was so severe that 47 of his 73 inspectors general signed an open letter denouncing the administration’s stonewalling of their investigations. [Ed. note: a repeat from Part Two.]

120. The Obama Administration illegally attempted to stop the Navy-Air Force football game during the government shutdown, even though the schools used non-federal funds for the competition.

121. Obama Director of National Intelligence (DNI) James Clapper lied to Congress when he said that the National Security Agency (NSA) was not conducting mass surveillance on American citizens; he admitted giving “clearly erroneous” testimony and offered differing explanations for why he had.

122. During the government shutdown, Interior Department Secretary Sally Jewell refused to allow states to pick up the expense of keeping national parks open, despite this being established practice; although National Park Service members who staffed open-air memorials were exempt from the shutdown, they were furloughed anyway, and private guards were paid to barricade the World War II Memorial, the Vietnam War Memorial, Mount Rushmore, and the Grand Canyon.

123. During the government shutdown, the Obama Departments of the Interior and Agriculture claimed that expensive new Websites had to be created in order to explain to the public that there was not enough money to run the department Websites.

124. During the government shutdown, the Obama administration illegally blocked tourists from visiting Normandy Beach and 24 other overseas cemeteries.

126. During the 2012 election season, the IRS provided the White House with confidential information on the Koch brothers and Mitt Romney; emails from Sarah Hall Ingram—IRS commissioner of the Tax Exempt and Government Entities Division—to health policy adviser Ellen Montz and deputy assistant to the president for health policy Jeanne Lambrew were marked "6103," indicating private taxpayer information.

127. During the government shutdown, the Obama Department of the Interior illegally ordered the closure of the privately owned Pisgah Inn, located on a private road in the Blue Ridge Mountains; park rangers blocked the entrance of the inn with their cars and forcibly turned away guests.

129. The Obama Office of Personnel Management (OPM) created a training presentation that offered tips on how to cut corners when screening applicants for security clearances, which resulted in Washington Navy Yard mass shooter Aaron Alexis being hired despite an extensive criminal record; the OPM refused to turn over its documents to the House Oversight and Government Reform Committee.

130. The Obama Veterans Administration kept its wait lists secret from federal regulators and omitted delay times from official records; when allocated extra funds for addressing delays, the VA spent the money on bonuses for its employees.

132. The Obama Bureau of Alcohol, Tobacco, Firearms, and Explosives (ATF) used mentally disabled teenagers to advertise businesses that were actually fronts for ATF sting operations; many of these teenagers were urged to get neck tattoos with the name of the fake business.

133. Obama issued an unconstitutional Executive Order that forced federal agencies to require Project Labor Agreements (PLAs) for all construction projects larger than $25 million; the result was that only contractors that agreed to union representation were eligible for work financed by the U.S. taxpayer.

136. Despite knowing nothing about the car industry, Obama ordered Chrysler to merge with the ailing Italian automaker Fiat; after six years, Fiat Chrysler Automobiles N.V. is selling 4.6 million units per year, one million below what it needs to survive.

137. The Obama Department of Education, Consumer Financial Protection Bureau, Federal Trade Commission, and Securities and Exchange Commission tried to destroy all for-profit colleges; Senators Elizabeth Warren and Dick Durbin joined in the effort, which resulted in the closure of more than 1200 campuses, leading to a dramatic shortage of higher-education institutions in the US and stranding more than 500,000 students, most of who were older and/or low income.

138. Obama publicly announced that the transparency in coverage provisions of ObamaCare would not be enforced; these provisions required insurers to disclose data on enrollment, denied claims, and the costs to consumers for certain services.

140. Black employees of Obama and Elizabeth Warren’s Consumer Financial Protection Bureau (CFPB) testified at a House Financial Services subcommittee hearing that the CFPB is crippled by systemic racism; the primarily black intake unit was called the “plantation,” and black employees were mocked and retaliated against when they complained of mistreatment.

141. The George W. Bush and Obama Environmental Protection Agency (EPA) conducted illegal human experimentation on financially needy people who were paid $12 an hour without being informed of the risks; subjects at the University of North Carolina’s School of Medicine—many of whom suffered from asthma, metabolic syndrome, and aging—were exposed to very high levels of toxic air pollutants.

142. Obama Attorney General Eric Holder used the much more lax Foreign Intelligence Surveillance Act (FISA) rules in order to spy on American journalists; under domestic spying laws, he could not have done this.

143. The Obama Department of Justice and Federal Deposit Insurance Corporation launched Operation Choke Point, designed to prevent banks from doing business with industries that the government opposed; at the whim of FDIC examiners, banks were forced to pay millions in “settlements” until they severed their relationships with industries “at high risk for fraud and money laundering."

144. The Obama Equal Employment Opportunity Commission (EEOC) sued Kaplan Higher Education Corporation, claiming that Kaplan’s use of credit reports had a disparate impact on black applicants; the suit was thrown out, and the Sixth Circuit Court of Appeals agreed, noting that the EEOC used the same type of background check for which it had sued Kaplan.

145. Obama illegally raised the minimum wage for federal contract workers after Congress refused to do so.

147. The Antitrust Division of the Obama Department of Justice (DOJ) pressured the Obama Federal Communications Commission (FCC) to illegally rewrite the rules of an upcoming spectrum auction for low-frequency bands; the DOJ wanted to give Sprint and T-Mobile an advantage over Verizon and AT&T.

149. The Obama IRS told Congress that it had done everything to find Lois Lerner’s “lost” emails but had come up empty; the IRS independent inspector general reported that it easily found the messages on backup tapes stored at remote locations, and that the IRS never bothered to look.

150. The Obama and Elizabeth Warren Consumer Financial Protection Bureau (CFPB) spent more than $215 million renovating its temporary office, $120 million over the initial estimate; the cost was $590 per square foot, compared to $334 per square foot to build Trump Tower.

NEXT: The Illegal and/or Unconstitutional Actions of President Barack Obama, Part 4

When you hit the Tip Jar, it helps pays for: A Roof Over My Head, Food, Gasoline, Car Insurance, the writing of My Next Book(s), and Utilities--especially Internet and COFFEE! Yes, coffee is a utility.
Posted by baldilocks at 10:42:00 AM

Wow this is unbelievable! Great job!