Kwanzaa and Christmas: Let Not Your Heart Be Hypocritical 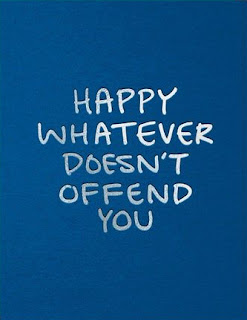 Originally posted in 2013 at my blog and re-posted intermittently in the intervening years. Inevitably, many links from the original post are dead.

Since the creation of Kwanzaa, many have correctly noted that it has no basis in black American history or heritage. For example, its seven core principles all have Swahili names and the Swahili language is predominant in East African countries -- Kenya, Tanzania, Uganda, etc. -- but black Americans are almost all descended from West African cultures. (Disclaimer: Despite being one of the rare Americans who does have some East African heritage, I have never celebrated Kwanzaa.)

However, since this black American sub-cultural phenomenon has been dissected and denounced far and wide, I think it’s important to examine aspects of our larger, overarching culture, its traditions, and to know the truth about them.

And so, we turn to Christmas and its questionable foundations.

At what actual time of year was Jesus born? Follow this timeline and don’t take my word for anything.

So, why do we celebrate Jesus’ birth on December 25th? Here's why.

The first Church experienced hundreds of years of persecution -- first from the Pharisees, then from the Roman Empire. But when Emperor Constantine (of the western part of the empire and who converted himself and his empire to Christianity) and Emperor Licinius (of the eastern part) agreed to the Edict of Milan, Christianity became legal.

Constantine -- who conducted the First Council of Nicaea -- used pagan ideas and practices in order to make the newly condoned celebration of Christ’s birthday more palatable to his mostly pagan subjects. So it is that Christmas falls around the same time as two of pagan Rome's beloved festivals and had taken on the trappings of at least one.

The Saturnalia festival has an astronomical character, referring to the completion of the sun’s yearly course, and the commencement of a new cycle. Saturn, from whom we get the word for the day of the week, Saturday, represented by the sun at its lowest aspect at the winter solstice. The earth is cold, most plants are dead, and it was believed that the sun might also be approaching death. Today winter solstice is around December 21, but because of calendar changes, it was originally December 25th. Saturnalia celebrated the sun overcoming the power of winter, with hope of spring when life would be renewed. In Roman times Bacchus, the god of wine, became the lord of these festivals. (…)

In the Greek myths, Kronos (Saturn) was the Roman Deity of Time and an ancient Italian Corn God known as the Sower. Male ruler of the Roman Gods prior to Jupiter, Saturn's weapon was a scythe or sickle.  Kronos was one of the twelve titans. Upon the advice of Gaea (who understood the changes of life and knew that Uranus would never, of his own accord, yield to the younger generation), Saturn castrated his father and thus separated Heaven from Earth. Gaea created out of flint...a mineral of her own substance...a sickle with which to complete the deed. It was the tool by which life was cut down at the time of harvest and was crescent-shaped like the moon, symbolic of cyclic rise and fall. It was believed that the spilled blood of Uranus formed such creatures as the Giants and the Furies, and that his genitals (which were tossed into the sea eventually produced the beautiful Venus/Aphrodite).

But the actual choice of December 25 for Christmas was thought to have been made under the Emperor Aurelian because this was the date of the Winter Solstice and was the day devotees of Mithras celebrated the dies natalis solis invictus 'birthday of the invincible sun.’

There are two Mithrases [removed dead link]. One has origins in Persia-India; the other is Roman. Whether these are the same entity has long been in dispute. (Side note: Mithras and Saturn sound a whole lot like Osiris.)

Oh and, by the way, early Christians who tried to worship according to the Bible -- that is, without the Saturnalia paraphernalia -- were excommunicated from Constantine’s Roman Church.

And, finally, all the traditions conjured in our minds when we think of Christmas have their origins in various pagan practices.

1 Hear ye the word which the Lord speaketh unto you, O house of Israel:

3 For the customs of the people are vain: for one cutteth a tree out of the forest, the work of the hands of the workman, with the axe.

4 They deck it with silver and with gold; they fasten it with nails and with hammers, that it move not.

5 They are upright as the palm tree, but speak not: they must needs be borne, because they cannot go. Be not afraid of them; for they cannot do evil, neither also is it in them to do good.

Emphasis mine. I think my point is made.

Now, if people -- Christians specifically -- still want to celebrate the birth of Christ in the traditional manner, I don’t think there’s any harm in it as long as they know what they are doing and have knowledge of the foundations on which they conduct their celebrations. In Hosea 4:6, God said this about another set of His children:

My people are destroyed for lack of knowledge: because thou hast rejected knowledge, I will also reject thee, that thou shalt be no priest to me: seeing thou hast forgotten the law of thy God, I will also forget thy children.

Additionally, bashing the foundation of something inconsequential like Kwanzaa while, simultaneously, adorning one's house with the pagan symbols of an empire which did not serve the Living God is hypocritical and, more importantly, spiritually dangerous.

Well, no I'm not but hit the tip jar anyway!

Thank you for your monetary and prayer support!