I notice patterns, more so now than back when I was a young woman–likely because my head was filled with fruitless things with which, all too often, young, single women occupy themselves. It was too crowded in there. Too bad. The ability to recognize patterns could have done me some good back then, both professionally and personally. But, it was what it was. And now, the patterns of life are pretty much all I think about. Allow me to expound on at least one.

Many people subscribe to subjective truth — that each person possesses his/her own truth that may be different from another individual’s truth and I have noticed how normalized this way of thinking has become.

Not long ago, I had a conversation with a man, a friend of a friend, on the definition of earning money. For whatever reason, he thought that any money that a person legally possessed was automatically earned–that legal possession and earning were synonymous. We went back and forth about this until I put forth the following scenario: a man is walking down a street and sees a dollar on the sidewalk. He picks it up and puts it in his pocket. Is it legally his? We agreed that it was. But did he earn it? I’d like to think I won the argument. But I found it alarming that, somehow, the gentleman I was talking to–a reasonably intelligent man–had bound up earning and the legal possession in his mind.

Then there was another conversation with another person about the ethnicity of Jesus the Christ. This lady was adamant that Jesus in the flesh was not a “white European” in the manner in which He is often rendered. I agreed, but, to make her point, the woman cited the passage in The Revelation which describes Jesus’ hair. Here it is:

His head and his hairs were white like wool, as white as snow …

The lady contended that this passage was describing the texture of His hair; that it was like wool, and, therefore concluded that Jesus was “black.” When I countered that the passage only described the color of His hair and nothing about the texture, she said that I wasn’t “interpreting” the passage correctly. This particular conversation did not end as hopefully as the previous one. (As for Jesus’ “race,” He is the same race as all of His followers.)

But whatever one thinks about the truth of the Bible or the proper translation from its original languages into English, it’s fascinating to note that even an objective description of a thing is open to “interpretation” in the minds of some; that an explicit mention of a color has many meanings outside of its scope.

And, by fascinating, I mean scary.

A while back, I coined the term Coconut Treatment. It didn’t catch on but it’s still useful for the purpose of recognizing this particular pattern:

Take a coconut, slice it in half, scoop out the meat from both halves and toss the meat—the substance–into the garbage disposal. Then take a pile of dog manure that Fido deposited into your yard, fill both halves of the coconut shells with it and glue the halves back together. What do you have now?

This is what has happened to words and concepts in the minds of many and it is the fruit of primary, secondary, and collegiate education also known as the Great Dumbing Down. The fruit has been cored out, emptied of its nutrients and then painted over or glued back together and called “fruit.” At some point, individual words and concepts became subjective. That is, they became fluid and not set in stone. My old blog friend, Jeff Goldstein, had a series of posts at his old blog on this phenomenon, and a lot of people didn’t get that he was talking about this very thing.

(I was going to say that the idea of subjective definition is more common among those with bachelor's degrees or higher, but, in the past few years, I’ve noticed that many who don’t have much formal education also subscribe to the notion. The difference between the two groups is this: the latter are less likely to believe in subjective meaning and, even those who do will shake off this idea once it is pointed out and explained. The former tend to be too well indoctrinated.)

Being one of those with less formal education, I had long observed this phenomenon, but until I read Jeff’s intentionalism series, I didn’t know how to articulate it. Then, [in a long ago] Sunday Morning Book Thread at Ace’s place, OregonMuse, the book thread master, added to my informal education by posting the following:

Postmodernism is a complex of concepts that asserts that all our constructs are just that, constructs; that there are no grand narratives or abiding truths; that all such grand narratives are illegitimate power moves; and that every perspective is necessarily a limited and local one.

and said, jokingly, that

One year of free AoSHQ Premium content goes to the first [person] who spots the giant logical hole in this worldview.

So, being insufficiently indoctrinated with the Coconut Treatment, I was the first one to point out the hole.

According to postmodern logic, postmodernism itself is a construct and, therefore, limited and local.

And, of course, that means that postmodernism, itself, is false, illegitimate and a mere power move, by the postmodern narrative’s own logic.

After reading OregonMuse’s post, it occurred to me that postmodernism is the very fecund parent of bullshit. Oh, I know that I’m not the first person to come to this conclusion, but keep these things in mind: I have only a two-year degree and, what little I do know and think about comes from volitional reading, observation and from thinking ideas through to the end. (I had heard of postmodernism, but whenever I began to read anything written by its adherents, my eyes began to close.)

Something else that occurred to me about postmodernism, besides its logical fallaciousness, is that its advent has been long predicted. Speaking of the perilous times in the Last Days, Paul in his second letter to his protégé, Timothy, writes this:

But evil men and seducers shall wax worse and worse, deceiving, and being deceived.

Lying and being lied to.

Postmodernists like to make their written offerings seemingly complicated, but such are really quite simple, and I mean that in both senses.

It is but one big gigantic lie, negating itself even.

Above, I likened postmodernism to a mother with countless children and those who read the Bible know who the father is. Subjective truth and definition? The Lie-baby. 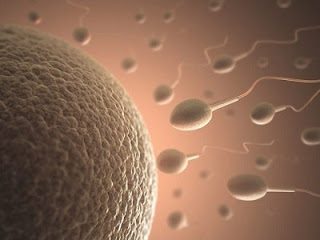 It’s up to each individual to see the lies for what they are and to shake off the indoctrination.

Thank you for your monetary and prayer support.