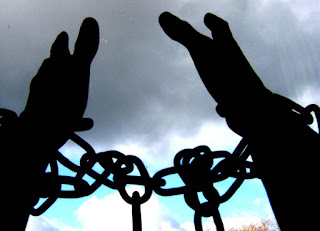 Many black Americans are still angry about the enslavement of their ancestors, but that anger is selective. They are only mad at white Americans about it. Never the Europeans or the Arab/black Muslim, or the various African tribal rulers. And they certainly aren’t angry at any form of present-day slavery. So, what gives?

White Americans are closer by than Europeans/Africans/Arabs; additionally, it's easier to shame the former. It's also much easier than extending forgiveness. (Anger perceived to be righteous is a heavy ball and a chain, but it's also like an opioid. You think you can't live without it.)

But no one is ever free, not really.

This is a partial quote from Paul’s first letter to the Corinthians (1 Cor. 6: 19-20), an observation for all Christ-followers.

When someone is bought and paid for, what does that make them?

Many times, Paul referred to himself as a slave of Christ, though the word is rendered as ‘servant’ in English translations of the Bible.

This truth is offensive to some people and that’s unsurprising. But it’s not about what we want, but about what is.

An additional truth is this: those who refuse God’s yoke are captives to the opposing force, either actively or unwittingly.

There is no third choice.


Every Tuesday and Saturday, I blog at the award-winning DaTechGuyBlog. Latest post: One Person Can Make Things Better