For the past two days, people have been absolutely losing their minds since President Trump revealed that, as prescribed by his personal physician, he began taking a combination of hydroxychloroquine (HCQ) and zinc ten days prior to the announcement, in order to protect him against the Wuhan virus.

Many believe that he’s lying about it. Others speculate that he has some financial stake in a drug that has been officially sanctioned by the FDA for several conditions – including other coronaviruses -- since the 1950s and costs about 5 cents per pill.

Still others ignore the many trials, studies, and the divergent results and conclusions which have been conducted using HCQ alone, HCQ plus zinc, and HCQ + zinc + the antibiotic azithromycin.

And, emblematic of the insanity, we have Speaker of the House Nancy Pelosi opining that the president should not be taking HCQ because he is “morbidly obese.” That and the silly paper tearing stunt at the end of this year’s State of the Union address makes me think that there’s some non-political history between Mr. Trump and Mrs. Pelosi – one which left Pelosi with a severely bruised ego.

But, leaving my catty musings aside, I must explicitly point this out: from the time that the president first mentioned HCQ until this very moment, there seem to be a widespread concerted effort to discredit the drug. Fox News commentator Neil Cavuto even said that anyone taking the drug would die! That’s news to millions, possibly billions, of people who have taken the drug to ease the symptoms of lupus and rheumatoid arthritis and for malaria, both as treatment and for prophylactic purposes.

As I have observed continuously during this pestilence, certain corners of our republic – usually governmental and media-related -- don't want the people to have hope and will say and do anything squash and quash even the whispers of it.

And if that hope comes from Orange Man Bad, those corners will lie repeatedly, even when the truth is right in front of all our faces. 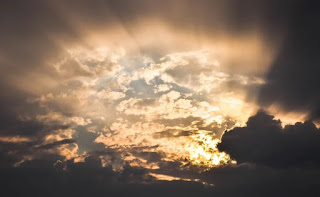 Considering all this, I was given permission to post the following from my good friend Dave P. Disclaimer: I am not a doctor either.


Since it appears that almost every journalist got his MD over the weekend, I might as well chime in. I am not a doctor and I don’t even play one on the Internet, but I can read and remember things and I know this —

The primary antiviral agent in the concoction that Trump is taking is actually zinc. A virus is not a complete, living cell like a bacterium, but rather it is a capsule with a short string of [RNA] in it. It cannot replicate itself, as a cell does when it divides. So, what it does is, it attaches to human cells and paste its RNA into theirs... so that when [the cells] replicate, they replicate the virus instead of themselves. That’s how a virus replicates, by hijacking the replication mechanism of a human cell.

Zinc is an interrupter of the virus attempting to attach itself to the replication engine of a cell. That is why we have cold medicines that are zinc-based, like Zicam, because the cold is a virus, and the zinc helps slow the replication of the virus so that your symptoms are lesser and shorter.

With all that, it is still true that zinc has a very hard time penetrating the cell walls in order to interrupt viral replication. Hydroxychloroquine opens up channels in the cell walls that allow the zinc to enter the cell and do its thing.

The third part of Trump’s cocktail is an antibacterial, azithromycin, to knock out opportunistic bacterial lung infections that may take hold while the lung is inflamed and vulnerable.

HCQ makes it easier for zinc to get into cells and block viral replication. Another way to make it easier is to add zinc [to your diet]. You need a prescription for HCQ, but zinc is over-the-counter, as a cold medicine and a supplement. Up to a certain amount, the more zinc that is in your system, the more successful it will be at penetrating the cell walls and blocking viruses. Again, that is why zinc is used as cold medicine, because it stops viruses from hijacking the cellular reproduction mechanism to reproduce themselves.

The fact that we have zinc-based cold medicines is all I need to hear to know that increasing your zinc level is good for anti-viral action. The medicine says it reduces the length and severity of a cold. It also says that the sooner you start taking zinc, the better off you will be in those terms.

Lots of people are on television talking about this and demonstrating they know nothing about it with every word they say. The key is the zinc.

But don’t take Doctor Dave's or Doctor Baldilocks' word for it. Go out and read things. Here. I’ll help you get started.

God provides and, as I have mentioned before, sometimes he provides the solution to problems before we even know about those problems. That seems to be the case here.

God also provided us with sentience and the will to survive. Most of you have a working brain, should you choose to use it.

Look up and have hope.

UPDATE: The VA did not use zinc in its HCQ trial.

When you hit the Tip Jar, it helps pays for: A Roof Over My Head, Food, Gasoline, Car Insurance, the writing of My Next Book(s), and Utilities--especially Internet and COFFEE! Yes, coffee is a utility.
Posted by baldilocks at 12:13:00 PM

A rheumatologist wrote hannity about his forty years plus experience working with lupus patients and hydroxychlorquine. He says he's written hundreds of papers published in peer reviewed journals on hydroxychlorquine. And he basically said that it's extremely safe. He got into way more detail in his letter.

First, I am not a doctor either. But my father is and he has already treated two COVID-19 patients with Hydroxycloroquine. Both made remarkable improvements and are now over the virus.

Something else that should be knows is that contrary to popular opinion, the FDA does not regulate doctors. It regulates drug makers. That's why it's illegal for drug companies to MARKET drugs for off-label use. It is NOT and has NEVER been illegal for doctors to prescribe drugs for off-label use. Many old drugs are prescribed by physicians to treat new indications. Since old drugs have no patent protection, there is no sense in a drug maker running a study to get a new indication approved by the FDA.

Lastly, what you say about Zinc is true. In fact, there have been studies into the efficacy of zinc against CORONAVIRUSES before this novel or new coronavirus came about.

My conclusion is that a physician prescribed Trump the Hydroxychloroquine and that's between him and his doctor, as it should be. The FDA's position on the drug is irrelevant. As for it being unproven, perhaps it's unproven to the standards of the media but it is proven in some preliminary, if flawed, studies.

As for the drug's safety, like many other drugs there are possible side effects and some can be serious. But that doesn't stop doctors from prescribing the drug for malaria or lupus. Why should COVID-19 be any different?

My sister had taken it for quite a few years, my brother took it for many years, as well. It has done no damage, but it can after a long period damage the eye and the kidneys. As can many other long term medications.

It is given for many autoimmune diseases of the RA factor type. Sister's is for Sjogren's disease, brother's was for lupus. He is no longer on it as he miraculously recovered from meningitis a couple of years ago and was declared lupus free for some reason. He has sisters who pray for him. In that case, constantly.

In my case if I should need the three drugs I would have the zpack replaced with a different antibiotic as I cannot take the zpack. But I would insist on the HCQ and zinc.

What Folly to make a political argument over Trump Derangement Syndrome. How many died in those nursing home for lack of this treatment.