Dreaming of Next Year 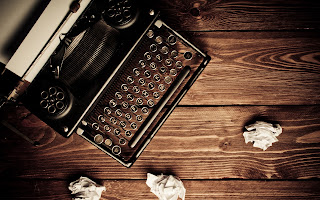 People tell me that I've done some good work here in the past few weeks.

Around the time that I published the final part of my Obama series, a random guy tried to shame me for pinning my Tip Jar to the top of my Twitter feed. In the middle of the Wuhan pandemic, this blithering idiot told me to "Get a job!"

In California that has ravaged independent contractors -- like me -- since January 1st using California Assembly Bill 5, this moron told me to "Get a job!"

I lost several side gigs because of the evil AB5. And Governor Newsom hasn't rescinded it ... not that I expect it from him. But some moron told me to "Get a job!"

Therefore I cannot be shamed, not about that, anyway.

I've watched people toss hundreds of thousands of dollars at people like the infamous Peter Strzok after he was fired from the FBI and tried to not be angry or covetous. And then I had to grudgingly admire the left and the anti-Trump contingent for a very specific reason.

They take care of their own.

Between Twitter and Facebook, I have a little over 10,000 followers. If I could get roughly half of you to donation $5 or more, I could stop worrying about things like.
... at least for a minute.


How lovely it will be to one day just read, write and analyze and not sweat these things! Next year when I get my retirement, things will ease up. Also, I think we will still be a solid country then and will look back in wonder that we made it through.

In the meantime, if you like my work from the past few weeks, hit the Tip Jar!

If you have donated during that period or you donate regularly, consider yourself exempt from the exhortation.

Oh, one more thing: some have asked why I stay in California. Go here to find out.

When you hit the Tip Jar, it helps pays for: A Roof Over My Head, Food, Gasoline, Car Insurance, the writing of My Next Book(s), and Utilities--especially Internet and COFFEE! Yes, coffee is a utility.
Posted by baldilocks at 3:29:00 PM