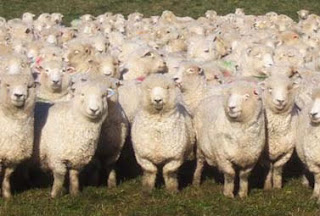 ORIGINAL: On Twitter, someone asked me to post a link to my old blog's Herding Series, so that it can be easily accessed.

As regular readers know, I've done this countless times, but the request was a reasonable one so I decided to created a page with pertinent quotes. If readers think that other quotes are significant, feel free to suggest them.

The Herding, Part One

For much of its existence, the United States of America did not live up to her stated standard with respect to her citizens--her People--who are black. Before the Information age (the Television Age) it was relatively easy for most of America's other People to ignore the state in which her black People existed. But by the time Dr. Martin Luther King and others asked his countrymen to remember the vision of the Founders, the Television Age was in full bloom. America's other People saw, remembered and did what was right. And, more rapidly than can be imagined; in less time than my almost fifty years, things changed.
Since the founding, America has been beset by those who did not understand the Founding Principles, did not know about them or—most pertinently—those who see freedom for all Americans as a threat to their power.The latter have included former colonial powers, domestic federal benches and, sometimes, presidents of the United States. But, most often, this number has included more strategic thinkers—long-term planners with concrete goals. Such are the organized Left of the last hundred years. Leftists seeks to hinder all forms of freedom and seeks to do so via government.

In this second part, my purpose is to detail another tactical weapon of the Left, the purpose of which has been to instill a set of attitudes in the minds of the American populace; in this case, the mindset is meant for white Americans.
If the Left has been successful at keeping racial grievance in the forefront of black American agenda—in indoctrinating black Americans into believing that retaining racial anger at whites is inherent in being black and essential for black survival--it has also been successful in later years of producing a certain mindset in white Americans.  Actually this seems to be two mindsets, but it is really a singular one—a two-headed beast.  The first is guilt-fear and the second is unproductive anger.


Through this mindset, black Americans have become the organized Left's shock troops in latter’s war against America and all too many of us have become the Left's overseers, tasked to force the "deserters" back into formation using the tools of ridicule and shame. I almost said that the Left was at war with black people, but the Left doesn't esteem blacks enough to deem us as their enemies. We are merely tools to be used for the task at hand—to foment violent racial discord which will have to be put down using infinitely stronger government violence--and to be discarded when the task is completed, assuming that there will be any of us left after the New Civil War.  And we let ourselves be used for one reason: tribal vengeance; for slavery and for oppression.


This is my JOB. It pays for: A Roof Over My Head,  the writing of My Next Book, and Utilities--especially Internet and COFFEE! Yes, coffee is a utility.