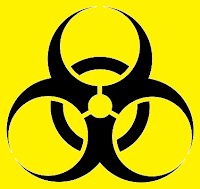 A sickness is spreading. Its aerosolized symptoms are everywhere. But most people don’t want to hear about it or read about it.

I’ve talked about it before -- focused on religious and secular aspects—but few can see it.

I’ve even cussed readers out about it, to no avail.


A handful of […] radicals took to the restaurants of New York City Sunday morning to demand…attention. The attention they got they didn’t much care for.On Twitter under the hashtag “#BlackBrunchNYC,” they “stormed” eateries offering brunch and draw attention to themselves.

Across town, so did this.


The funeral of NYPD Officer Wenjian Liu will be held Sunday in Brooklyn, New York, and police officers from across the nation have begun to arrive to pay their respects at Saturday’s viewing. Liu was killed execution-style in his patrol car Dec. 20 along with Officer Rafael Ramos, whose funeral was held last weekend.

I wish I was skilled enough to make up the juxtaposition of the Blacker-Than-Thou crowd storming the "beaches" of brunching weaklings and the funeral of a murdered Chinese-American NYPD officer -- murdered along with his Puerto Rican partner in the name of alleged persecution of black citizens by white cops. I'm good, but I’m not that good.

Also reported on the same day, was this.


For more than a decade, corporations have shelled out thousands of dollars in donations and consulting fees to [Al] Sharpton’s National Action Network. What they get in return is the reverend’s [sic] supposed sway in the black community or, more often, his silence.

We certainly remember that this was “Reverend” Jesse Jackson method of enriching himself (scroll down) via his Rainbow/PUSH Coalition—and it still is, seeing as he was invited address Microsoft’s annual meeting on the topic of diversity.


Jackson sat in the second row next to former Microsoft CEO Steve Ballmer who is still the company's largest individual shareholder. Ballmer stepped down from Microsoft's board in August to focus on his $2 billion purchase of the Los Angeles Clippers[!]

I do recall that, there were a number of companies that refused to be…ahem…blackmailed by Jackson. But only a few.

Sharpton’s game is much tighter than Jackson’s, however: a regular, paid commentary gig at a major news network, CWI (commenting while illiterate); frequent guest at the White [sic] House. You have to hand it to him.

These things bring forth the question: why? Why do American corporations openly support these two obvious racial hucksters? The answer is here: "frequent guest at the White [sic] House." That fact suggests a widespread...conspiracy.

But all of these things are merely symptoms.

I recall a segment of Jay Leno’s Jaywalking, in which he asks simple questions about the Constitution and the government to an old black man, and, later, to the man’s son and daughter-in law. Jay separated the old man from his family and the man answered every single question correctly.

Later, when Jay asked the same questions of the son and daughter-in-law, they could answer none of them. When Jay asked the old man why he hadn’t taught his offspring what he knew, the man’s reply was telling.

He had assumed that the public school system had taught his children the things he had been taught.

As I recall, someone pointed out that the old man is probably a product of some segregated southern schooling.

The symptoms…they are all around us.

When did the onset of the disease begin? Well, one could go all the way back to the Garden of Eden. But, that is, mostly, a futile trip because people don’t read the Bible, not even Christians.

Or, perhaps, a trip to the well-publicized plans of the Gramscians and the CPUSA would be in order. Nah, too much reading and analysis.

Or the deliberate mating of black illegitimacy with the proliferation of drugs coupled with the War thereupon? (More about that in a later post.) You wonder where all of these angry, feral black teenagers came from? I don’t.

So what do we call the disease? Help me out here.

I can hear it now: “Aren’t you quite the conspiracy theorist?”

You don’t have to believe me. You can even call me crazy. But the spores of this disease will continue to float upon the wind, regardless of your unbelief. Or, perhaps, because of it.

(Thanks to Discover the Networks)

Read my column at Da Tech Guy Blog on Tuesdays and Saturdays.

And please contribute to Juliette’s Projects: A Roof Over My Head, my new novel, this blog, and my Internet--to keep them going and to the COFFEE fund to keep me going!

The epidemic is fear - fear of being targeted by vicious Holier-Than-Thou fanatics, who have little to no restraint on their actions.

I used to pussyfoot (well, for me, it was pussyfooting). Then, one day, Francis Porretto of Liberty's Torch said the least we could do is to not hide behind fake names when commenting/posting.

I started using my real name from that point on.

And - perhaps not surprisingly - I lost all fear. I posted what I thought and believed, without worrying about repercussions. My attitude is:

They will NOT act against those without fear first. They will target the weak and easily cowed. Standing tall is the best protection there is.