Donald Trump and Our Current Level of Deception

The Enemy is a Great Deceiver. And, by Enemy, I don't mean Trump, Cruz, Clinton, Sanders or any other human being. And He will use pride of anything to deceive: pride of race, color, intellect, politics...even pride of being Christian. 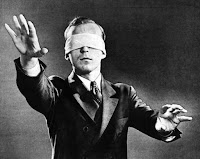 I’ve come to the conclusion that many people want to be deceived.

You see deception among all, in many reactions to difference of opinion. Here's what's underneath: pride of self and of our allegedly infallible powers of discernment.

King Solomon was the most discerning man who ever lived, but he screwed up in the end--literally--by having a gazillion wives and concubines. (Side note: a man once reminded me that Solomon said that he had never found a woman with a heart close to God. I retorted that it appears that Solomon used the wrong part of his being to search for spiritual discernment among women. I may have been a bit cruder.)

Solomon's thinking became skewed by his physical urges. Much thinking in this country, however, is skewed by an on-going assault on objective truth simmered in two dangerous emotions: anger and pride.

People are saying that conservatism has no meaning any more. Of course this is wrong. It is an objective set of principles. But, in the last 50 years, nearly all of us have been indoctrinated to think about definitions and concepts relatively--to think in a postmodern fashion. Here is what postmodern thinking has wrought: that a man who has continually spouted progressive and tyrannical ideas is a conservative simply because he calls himself one.

Over and over again, Donald Trump puts forth ideas that are not conservative. Were he to become president, he would try to implement many of these non-conservative ideas, and after eight years of non-conservative ideas being implemented by President Obama, this country will finally implode. For the record, I think it will anyway. But thinking about this from a political partisan point of view, were the country to implode while a person who is Republican sits in the White House, Republicans will take the blame for that implosion. Few observers will look at the pattern of ideas and policies which cause such an implosion. They will only look at who is in power at the time of it.

This is the reason that I have said that Trump has been planted within the Republican Party. Win or lose, his candidacy is meant to deliver a death blow to the party.

But postmodern indoctrination, along with anger and pride, has blinded many to this plan. Trump, like Barack Obama, is merely a symptom of this blindness.

When a person is aware that postmodernism has had an effect on her thinking, it’s easy to discard that mindset. Postmodernism is described in the Bible: calling truth a lie and a lie, the truth.

Pride and anger, however, are formidable obstacles to discarding postmodernism. All too many people view their opinions as sacrosanct and are resistant to having their minds changed, even in the face of reality. A friend of mine says that he has had reality smash his pre-conceived notions about the world so often that he refers to his contemporaneous way of thinking about the world as his “current level of deception.” I think my friend is one of the blessed ones.

Others are not so blessed. I read as many Trump supporters talk about ‘winning.’ Winning what? The election? Okay. Then what? Run around saying “I won” like the current president? What happens when President Trump orders the military to kill the families of our enemies—or the families of domestic enemies? What happens if he decides that you are his enemy?

People really hate it when they think that others view them as stupid—especially when they really are stupid. But here’s the thing: we are all stupid about many topics. The trick is to be secure about what you do know, but be open to having your mind changed by reality.

To do that you have to be okay with being "stupid"...with being humble.

Humbling oneself is a daily task. No matter how many intellectual gifts God has provided us with, we are still capable of being deceived if we fail to ask for His correction and guidance and to do so in Jesus' name. Every. Single. Day. Sometimes, every minute.

God is omniscient. We are not.

Of course there are those who are comfortable in deception. I pray that their awakening will not be as rude as mine.


Don't forget: every Tuesday and Saturday, I blog at the award-winning DaTechGuyBlog. Tuesday's post: Sojourn in Kenya: Home Again.
Please contribute to Juliette’s Projects: A Roof Over My Head, my new novel, this blog, and my Internet--to keep them going and to the COFFEE fund to keep me going!

I'm sitting here singing to myself, "feelings, nothing more than feelings..." ♪♪ ♪
Ruth H under my old blog address, I think.

Trump seems to be like Duct Tape (and that Other Thing) - he has a light side and a dark side. Like most politicians (particularly Obama), he shows us his light side now. (Obama promised "hope & change" - how could anyone argue with that? - except people who bothered to think through what "hope & change" might mean.)

It may be that people want to be deceived - that's why magic shows are so popular - but it's they way they want to be deceived: they want more input for less output (minimum wage, free education), after being told in school for years that they're victims of the evil rich and they're entitled to this & that