This came from an old blog friend whom I will not name and it’s in response to my post about the origin of watermelon.


You idiots are doing the same thing to Juliette Akinyi Ochieng right now. She's a black lady that isn't looking for offense and regularly highlights some of the real problems with blacks and others being overly or disingenuously sensitive, so you can come on her page here and revel in a small zone of "safety" that she has created where whites can criticize this stuff. You sure as hell wouldn't be writing this on your own and calling out blacks like she does because you would get blowback if you did it. So you come in here and clap for her saying the things you don't have the guts to say without the cover she is providing you.

I’ve had one very close friend say that I say the things she can’t say without having the accusation of racism being slung at her. This friend is white, had a black step-father, grew up in poor and primarily black surroundings. Her ex-husband is black; she has five children and two grandchildren that I know of; obviously, all her progeny are half black or more than half. She has been Christian, conservative and Republican for as long as I’ve known her – close to 20 years. But hard truths about blacks coming out of the mouths of whites – any whites -- are now deemed racist. I imagine my white and very conservative brother-in-law must strike this deal with his opinions also. He’s a cop.

(Side note: I used to get slimed with the epithets reserved for black conservatives, but now it’s a rare thing. I strike back and I enjoy it.)

The thing is that my blog friend is right; not about my other friends being idiots, but about my blog and my Facebook page being zones of safety. I don’t know if my white friends revel in that safety or not, but, even if they do, here’s the thing: once you allow others to shame you into silence, you’ve set a pattern into motion. You become used to being silent or whispering your opinions in hushed tones – or in zones of safety. Those who would cast shame upon you – who would label you racist for your un-politically correct opinions count on this. 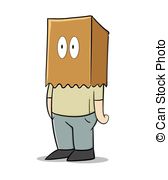 Most who feel shame for whatever reason feel it because they care about how they appear to others. That’s a valid concern, but like almost everything else, balance is necessary here. You should care about the opinions of those you love, like, and respect and about those from whom you obtain work. But, even in those areas, there are limits.

You shouldn’t give a rip about those whose primary function is to silence you because you disagree with them. And when they attempt to cast more shame upon you, speak more.

Interestingly enough, that was the primary point of my watermelon post; that a subject of shame can be taken and flipped on its side, if one possesses enough knowledge and enough personal power. But, more simply one can refuse to be shamed.

Shame is a choice and can be killed. You don’t even need a gun.

And the only cover anyone needs is from God. There's your power over shame, right there.


Every Tuesday and Saturday, I blog at the award-winning Da Tech Guy Blog. Latest: Old Ally
When you hit the Tip Jar, it helps pays for: A Roof Over My Head, Food, Gasoline, Car Insurance, the writing of My Next Book(s), and Utilities--especially Internet and COFFEE! Yes, coffee is a utility.