Donations welcome while I write the next one. 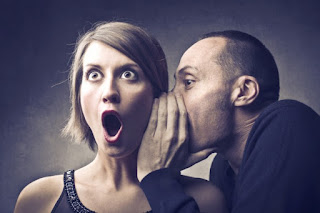 I was going to fisk this short bit of virtue-signaling by NRO's David French, but the bulk of it merely builds on a foundation contained in the first paragraph – or, rather, the absence of that foundation.

I get right on that as soon as Mr. French can reference scripture in which we Christians are commanded or even encouraged to denounce the past sins of a secular leader who was not even a Christian at the time of those sins. (And let's not forget what the Bible says about gossip many, many times.)

To help, I would humbly suggest that Mr. French review the life stories of Moses and Saul/Paul. (I certainly hope that French and others understand why I point to these two.) Re-reading and comprehending John 8:3-11 would also be in order. Also, the Parable of the Priest and the Publican; the priest in that story had the nerve to try to flash the virtue signal at God -- who wasn't having it.

Used to be that only anti-theists felt comfortable publicly perpetrating their distortions about God and about what Christians believe. Times they are a-changing.

RELATED: Trump is God and the Devil

Every Tuesday and Saturday, I blog at the award-winning DaTechGuyBlog. Latest post: California Shakes Often


When you hit the Tip Jar, it helps pays for: A Roof Over My Head, Food, Gasoline, Car Insurance, the writing of My Next Book(s), and Utilities--especially Internet and COFFEE! Yes, coffee is a utility.
Posted by baldilocks at 9:37:00 AM