The Pope, Weapons, and Your Heart 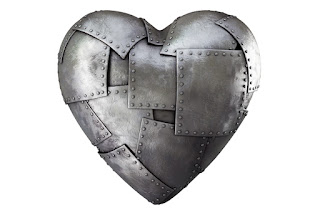 I’ve caught a lot of flak from one Catholic former friend due to sharing conspiracy theories about Pope Francis, but this statement is no theory. What to make of it?

Raymond Ibrahim uses the Tweet to remind us that, without physical weapons, the West would be dead and that many parts of it are dead already.


[T]he Pope seems to forget that violence and the things that motivate it—hate, envy, rapacity, and plain old evil—do not need weapons. (...)

Decades of enforced cultural emasculation has does its job, leaving many men in the West helpless and paralyzed against any would-be aggressor.

This is especially on display in the West’s interaction with Islam. One need only look to Western European nations, where the interplay of emasculated Western males and aggressive Muslim migrants are on constant display. Thanks to the latter, Sweden has become the rape capital of the world. That is not because Muslims use weapons, are stronger, or more numerous—they are still a tiny minority—but because many Swedish men have been so indoctrinated in passivity that they are not even able to protect their womenfolk. (...)

As I document in my new book, Sword and Scimitar: Fourteen Centuries of War between Islam and the West, the perennial jihad against the West proceeded with advanced weapons (firearms), basic weapons (spears and knives), and no weapons at all. As tools, these were never the origins of the jihad; rather hate, envy, and rapacity fueled it. In boats or atop horses, Muslim hordes would appear anywhere unguarded—Constantinople held out as long as it did thanks to its insurmountable walls—and fight tooth and nail in the name of Allah. If not for weapons—and more importantly, men willing to wield them—the West and Christianity would have long ago ceased to exist.

The thing that’s so jarring about the Pope’s statement, however, are the implications of those assertions coming out of the mouth of the Vicar of Christ.

Now, the Pope may not have meant that those weapons should be banned, but who can tell? Any of Christ’s representatives here on earth know that God is the only one who can effect a change of heart, that He is the protector of the place(s) in which our souls and spirits dwell, and that He provides the weapon.

In short, what I’m getting from Pope Francis is in direct contradiction to the Word of God.

I have many Catholic friends; two  several are especially dear to me. But I can’t look at what this Pope says and not feel sympathy for the quandary in which Catholics who love Jesus find themselves.

Guard your hearts. This means all of you.


Every Tuesday and Saturday, I blog at the award-winning DaTechGuyBlog. Latest post: Special Needs Placard Not Needed and Dirty Windows.