This Is Why I am Not Married 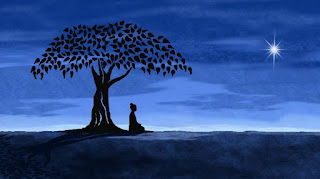 The heart is deceitful above all things, and desperately wicked: who can know it?

Dr. Helen features a study which finds that a bad marriage can kill you quickly. That may prove the theory there are some fates worse than death.

Some people have openly wondered why I’m not married, but I don’t.

Rarely do I get in the weeds about my personal relationships for one reason: there are a lot of weeds. There are many things in that area of which I am not proud.

I’ve been married only once and have been divorced since the early 1990s. My ex is the one who wanted the divorce and one of his complaints against me was that I didn’t love him. While he was correct, this was his evidence against me: that I was calm when we argued. I didn’t curse or call him names or throw things. Crazy, no?*

People do so love drama in their lives; some think it’s evidence of passion. Well, I’ve felt great passion for one man (not my ex-husband) but I despise drama, especially in my home. But, one way or another, it seems to find me in my love relationships. Over many years of prayer, reflection and honesty with myself, I think I know why.

It would be easy to say that my ex-husband and former boyfriends didn’t understand me. While true, it’s mostly irrelevant, since I didn’t understand myself for most of my life. But, in recent years, God has revealed some things to me about my relationships with people in general and with men in particular and the overarching theme of that revelation is this:

It's usually me rather than them. And when it's them, it’s because I picked them.

I’ve always felt a great deal of relief when a relationship ended – that is, after I was able to extricate myself from the emotions and vanities of the relationship. Once my emotions subsided, there was no way I would take the guy back.

There was one exception – the one object of my great passion -- but he’s no longer with us. (And, no, I didn't kill him with matrimony.) Thinking about him, there was another factor present in our relationship that was missing with the others.

As I’ve gotten older, I’ve seen the pattern of how much being in a relationship hinders my ability to think straight and the peace of my soul. I long wondered how other people do it, but then I remembered that I’m the problem. Recently, God showed me that I had not confronted this one thing about myself: how much I am capable of taking what I want regardless of who is hurt by that taking.

Undoubtedly, every single person has an issue like this – it’s translated as ‘iniquity’ in many English versions of the Bible. A secret sin.

An iniquity like this may be one that we no longer act on or have never acted upon. But if we don’t confront it head-on, it lodges itself deep with our souls and bides its time. Then, when conflict with our spouse happens, it rises to hurt those whom we claim to love.

I knew that there was a pattern of iniquity in my relationships, but it took me a long time to actually face it. And I bet that many people die before getting to that point.

I can see how living with a person who has not confronted her own character defects – her demons – can adversely affect one’s health. And since well-meaning men tend to quash their anger for the good of the family, they will suffer more internally – spiritually and, ultimately physically. We women tend to let things out. (For the record, I'm more inclined to hold things in for a long time until I've had enough.)

In the comments to Dr. Helen's piece, there's a lot of justifiable blame cast upon women and that's fine, but as I read it, I kept thinking, "you picked her, so whose fault is that?" Thinking about my ex-husband's words, I wonder how many men choose to marry drama-queens and airheads for whatever reason then are puzzled when that choice jumps up years later to bite them in the backside. (I had a boyfriend who said I was boring because I like talking about politics, religion and history.)

It isn't as if I haven't had many opportunities to pair up -- even now when I'm in my late 50s. (Heck, I could get my rent paid every month right now if I were a different kind of woman.)

But I remember all the tears, the anxiety in the pit of my stomach, the unanswered questions, and all the rest of it. The complete misery. And I know deep down that my own choices and my own iniquities were always the cause.

Until my iniquities are fully dealt with by God, it's just me and Him. And since one of His names is Jehovah Shalom -- God is our Peace -- I'm holding onto that.

*Long after we divorced, I found out that the ex had been fooling around. They married right after our divorce was final and are still married. I've long forgiven him, but I can't help but hope that he has all the "love" he can handle.


Every Tuesday and Saturday, I blog at the award-winning DaTechGuyBlog. Latest posts: Even Social Justice Must Give Way to Basic Economics.