About That Other Virus 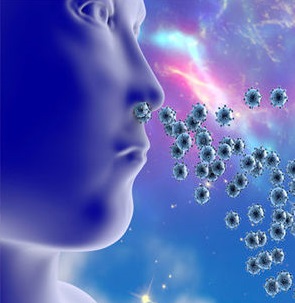 The Organized Left has been building America up for overt communism/socialism/Marxism/progressivism -- henceforth called leftism -- for a long, long time.

Most educational systems have long ceased to educate their charges properly, having ceased to objectively define the concepts of leftism, small-l liberalism, capitalism, basic economics and, of course, history. Specifically, educational systems stopped calling leftist concepts and ideologies by name. This made it easier to present these principles as good and necessary -- to present them as rights.

The accepted and assumed “truth” that leftist principles are rights is virus-like. It has become so pervasive that, when those who are properly educated, formally or otherwise, try to explain how and why such principles aren’t rights guaranteed by the US Constitution and how the implementation of these “rights” has bankrupted this nation and how it has radically altered life in this country for the worse, explainers get labeled adversely: racist, Nazi, Uncle Tom, fascist, Aunt Jemima, sexist, tool of the Patriarchy, or some combination thereof, depending on the coating and plumbing of the Cassandra in question.

And, in the wake of the sowing of these seeds, the human emotion of covetousness has further softened the ground for leftism. The idea of profit beyond a certain limit being morally wrong stems from nothing but envy.

Therefore, if the regular Jane knows nothing about government or economics or history except for the distorted versions dispensed by the average public educational system, the average university system and the seven o’clock news, she can be convinced, for example, that nationalizing the oil industry will bring down the price of her utilities.

She can be convinced that corporations are the enemies of the worker and that their money is her money -- stolen out of her pocket.

She can be convinced that all profits accrued by other individuals and by corporations belong to her and those who look like her.

She can be convinced that all whites are racists and all blacks are victims of white racism -- and be unmindful of the implications of these assertions.

She can can be convinced that tearing down and burning down representations of her country's history is just and moral -- even a representation of a great black American freedom fighter.

And, ultimately, she can be convinced that the senile servant of King Hope and Change can and will make all of her dreams come true.

And so it is that all the Cassandras warning about the miseducation of average Jane, eloquent though they may be, went unheeded for the most part -- until 2020, when the feces hit the propeller and Janes (and Joes) went on a nationwide rampage.

It is my opinion that we will have one more opportunity to pull back from the abyss, to be healed of this virus. That will happen in November.


Because of California Assembly Bill 5, I cannot publish anymore blog posts in 2020 for DaTechGuyBlog.

Frenzy
Postmodernism and Her Babies
Rise, Take Up Your Bed, and Walk
On Your Mark; Get Ready.

Email ThisBlogThis!Share to TwitterShare to FacebookShare to Pinterest
Labels: Leftism