Please contribute to my Utilities Fund. 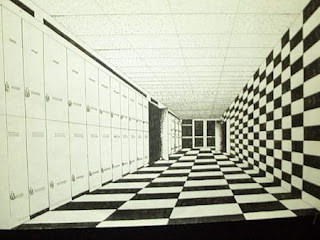 If you read anything today, read this.

Most things that we believe were “invented” by universities were actually discovered by tinkering and later legitimized by some type of formalization. I have shown in Antifragile how the knowledge we get by tinkering, via trial and error, experience, and the workings of time, in other words, contact with the earth, is vastly superior to that obtained through reasoning, something universities have been very busy hiding from us.

The first flaw is that they are incapable in thinking in second steps and unaware of the need for it – and about every peasant in Mongolia, every waiter in Madrid, and every car service operator in San Francisco knows that real life happens to have second, third, fourth, nth steps. The second flaw is that they are also incapable of distinguishing between multidimensional problems and their single dimensional representations – like multidimensional health and its stripped, cholesterol-reading reduced representation. They can’t get the idea that, empirically, complex systems do not have obvious one dimensional  cause and effects mechanisms, and that under opacity, you do not mess with such a system.


The 'they/their/them' pronouns refer to Interventionistas--those who promote the intervention by Western nations, specifically the USA, into countries like Iraq, Libya, Syria, etc., in order to remove tyrants and dictators. Regime change, in short.

The reason, however, that this essay excited me was that the author, Nassim Nicholas Taleb, using foreign intervention as the example, articulated something which has been whirling around in my head for quite some time. The itch got scratched.

This was the itch: the segmented way in which too many people think. There is little to no consideration to what comes before an event, nor to speculation as to what will likely come afterward.  I've even been told that speculation is a bad thing.

Like the man said, cause-and-effect is not only quickly becoming a foreign concept, but often a scorned one when introduced into a conversation. People want what they want and don't want to hear bad examples and unexpected side effects accrued by those who've had identical desires,  and, obviously, don't want to think about bad outcomes they are likely to accrue in the future.

This manner of thinking is also known as insanity. Epidemic.

I was beginning to think that I was the one who was insane...and maybe I am about some things. But this? I don't think so.

This isn't a political issue, nor even an intellectual one, not really. Honestly? I think it's a spiritual issue. I may have to expound on that later.

I look forward to reading two of Mr. Taleb's books and they're on my hold list at the LA Public Library. If you're interested buying these, please use the widgets below.

Every Tuesday and Saturday, I blog at the award-winning Da Tech Guy Blog. Latest Blog post: SJWs are Loaded.