Amid the backdrop of the ongoing feud between President Trump and Rep. Elijah Cummings over the deplorable conditions in his Maryland district, Carson backed up the president’s criticisms of the “rat and rodent infested mess” in the city of Baltimore which has been under Democrat control for decades.

“As a pediatric neurosurgeon, I spent many hours, sometimes operating all night long, trying to give the children of Baltimore and other places around the world a second chance at life, and usually we were successful,” Carson said on “Tucker Carlson Tonight” Monday.

“But a few days later, I was in a horrible dilemma, because some of those kids had to go back into homes in East Baltimore that were infested with rats, and roaches, and ticks, and mold, and lead, and violence. And I didn’t want to send them back. Sometimes I would even consider extra tests so they could stay in the hospital an extra day or two,” the longtime Baltimore resident admitted.

He noted that he was able to work with Cummings during his time at the hospital.

Side note: in re-familiarizing myself with Secretary Carson’s background, I discovered that he was held up at gunpoint in Baltimore not long after he completed his residency, which has to have been more than four decades ago. These days, I hear that Johns Hopkins employees are advised to not go walking outside the confines of the hospital grounds.

Daytime conditions are, no doubt, this dire somewhere here in my native Los Angeles but I haven’t seen it personally. And I’ve lived in South Central most of the time.

Switching gears, I’ve said before that most members of the legislative branch of our government – especially non-white Democrat members of the House – are picked by the money brokers of the parties before they even go on the ballot.

Essential requirements: not overly smart nor overly principled. My contention is that they are selected in high school, since college is probably too late to indoctrinate. And if they got into college on their own, they've already demonstrated one disqualification for the position: too many IQ points. Smart people are difficult to control.

The task of the chosen is to “represent” and by that, I’m not talking about representing the interests of their constituents.  The aim is to be seen and, thereby, get paid as much as can be gotten away with.

And here's why it has been possible.

Black and brown Americans have long highly rated seeing someone who looks like them in the halls of power and the House members and their backers know this. This is how these members stay in office for so long.

And since much of the legislative branch is corrupt, almost all the members get rich – often by voting government monies into their districts and siphoning from that pile. Meanwhile, their districts go to Hell. 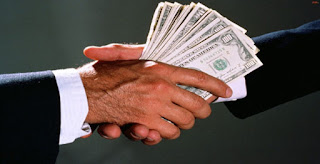 Whose fault is this? The constituents. These voters care more about seeing themselves mirrored by the faces of their representatives that they care about the deterioration of their neighborhoods. And this phenomenon isn't just in Baltimore.

At some point, they (we) stopped paying attention to what, say, Elijah Cummings was doing or not doing to render actual representation in the halls of Congress. I wonder how many in his district knew that the area received $16 billion in federal funding last year. Of those who did know, I’m sure that someone asked where the money was going and was promptly ignored or told to shut up if they knew what was good for them.

That’s why it was necessary for the President of the United States to bring it up.

In fairness, the previous president spoke harshly about Baltimore, as well – to nearly no backlash from his fellow Democrats or from Big Media.

This one, however, is willing to take a lot of heat on this topic and willing to fire back -- with more deadly ammo. We’ve seen this before.

I’m willing to bet that this gravy train and many others will be stopped in their tracks.

That's reason for the screeching. More later on the content of the screeches.

ADDENDUM: For a more detailed plunge into the corruption abyss, check out this Twitter thread by Brian Cates.

It's been [checks card] NINE ENTIRE HOURS since Trump tweeted about Baltimore.

Every Tuesday and Saturday, I blog at the award-winning DaTechGuyBlog. Latest post: Literacy is Power.

The neighborhood around Johns Hopkins is a particularly bad one, even by Baltimore standards. For hospital visitors on busy days, there's an overflow parking garage about two or three blocks from the actual hospital... I'm not likely to do that again any time soon.