On Refusing to Let Others Pull Your Strings 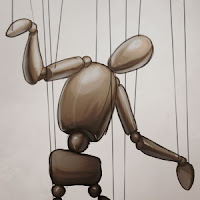 
A student read a sentence in class from James Baldwin’s The Fire Next Time: “You can only be destroyed by believing that you really are what the white world calls a ni**er."

Airing the N-word caused a commotion. The professor leading the class, Philip Adamo, asked the students if they felt it was appropriate to voice the word Baldwin had written. In doing so, Adamo repeated the word. Later, he sent to the class two essays on the politics of the N-word. The next day, some students asked Adamo to leave the classroom while they discussed the lingering controversy. They were joined by other students who were not enrolled in the course. He complied with their request. Later, after a flurry of emails in which Adamo continued to try to explain himself, the university removed him from the course. He has since been suspended, pending the outcome of a formal review.

This dispiriting farce discredits those who have played a role in it and undermines Augsburg’s claim to be a serious institution of higher learning. (…)

Book link and emphasis added by me.

I share this piece because it reminds me of the time when I pointed out that hurling racial epithets at white people is equally as disgusting and that I don’t use any of those words. The response I got was revealing.

“We don’t care if you do,” said many white persons.

What that response reveals is a blatant refusal to be shamed or made to feel “less than” by others.

It is otherwise known as confidence.

Some might call it “white privilege,” but that would imply that only whites are capable of this type of personal agency and that we of the darker races can’t help but be triggered whenever another tries to make us feel bad about who we are.

I call B.S. Each sentient adult not encumbered by physical, mental or emotional pathology is fully capable of refusing to be shamed and, therefore angered, by another.

Equality is often a choice. And, since anyone who uses racial epithets — and not in an educational manner — is trying to manipulate his/her target into an emotional response, the emotionally mature target can choose not to get angry.

After all, why should I care if someone who hates me calls me the n-word?

But getting to that point takes practice and work — namely, working on one’s inner self. Most don’t get that far and are content to remain emotional puppets.

It’s easier to allow one’s strings to be pulled by the wannabe puppeteers.