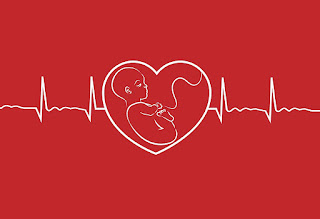 Everyone must participate in the sacrifice!


On Thursday [May 2, 2019], fanatic feminist Lauren Duca, who has hitherto had a rather hostile perspective toward men, suddenly issued a highly-unlikely plea, begging men to get more involved in fighting against the state of Georgia adopting the “heartbeat bill” which outlaws abortion once the baby shows it has a heartbeat. Duca pleaded, “Hey, all men? We need you to show up for this fight.”

On Tuesday [April 30, 2019], Georgia Gov. Brian Kemp, ignoring threats from the Hollywood community that they would boycott his state if he signed the so-called “heartbeat bill” which would ban abortions if a fetal heartbeat can be detected, signed the bill.

Many years ago, I had a miscarriage very early on. Before that, the doctor had ordered an ultrasound. During the procedure, the technicians pointed out my child’s heartbeat. I was seven weeks along.

Fast forward almost two decades, I was arguing with a man who was pro-abortion. He claimed that the fetus’ heart wasn’t even beating before the three-month point. When I told him that I had seen my baby’s heart beating at seven weeks, he claimed that I had imagined it!

After I told him that the technicians were the ones who pointed it out, he still wouldn’t believe it.

This sort of thing shows that the fanatical pro-abortionist will refuse to hear anything which will prove the idea that fetus is a human being. It’s a “thing” or a “clump of cells” unless the mother wants it. Only then does the “thing” become a human being.

And, should the mother change her mind about wanting the human being, that human being becomes a thing again.

It’s certain that I’m not the only person who thinks that the obsession which many leftists have with making abortion easier and allowing it later and later during pregnancy is a spiritual issue.

A form of human sacrifice? That would explain why many of its advocates seem to worship it.

... why they want as many entities – men, governments, taxpayers – as complicit as possible.

... why they would turn anti-abortion advocacy into racism. 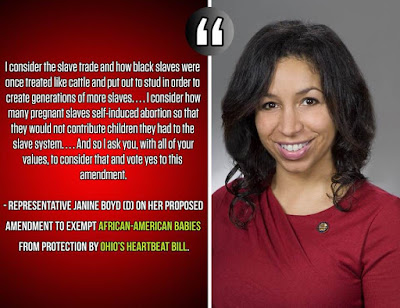 Simply, abortion is demonic. It is the shedding of innocent blood and it’s how these lost souls appease their father.

It is a perversion of the sacrifice of Jesus the Christ — who voluntarily shed His innocent blood to atone for the sins of all so that no more atonement is necessary.

And if everyone is involved somehow in soaking our ground with blood, then we’re all guilty — or that’s how they and their father hope it will be.

And it accounts for the rabid, unhinged responses against public pro-lifers, especially against unashamed Christians like Vice President Mike Pence.

On a related note, my dad sent me five bags of coffee as a gift for Mother’s Day. I have given birth to no children, but Dad knows that my children are with God and that I look forward to the day when I will meet them and hear them call me Mom.

Thanks, Daddy. I love you.

RELATED: Donald Trump May Have Saved His Country