Aftereffects of the Obama Presidency 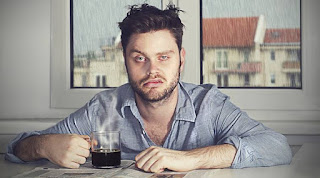 Some people think that we should leave Former President Obama alone, since he’s not president anymore. Problem is he and his minions won’t leave us alone.

First, there he is in Brazil — the former POTUS — lying about American gun laws.

“Some of you may be aware our gun laws in the United States don’t make much sense. Anybody can buy any weapon any time. Without much, if any, regulation, they can buy it over the Internet, they can buy machine guns,” Obama told the audience.

It’s hard, however, to get too worked up about BHO’s whoppers. After all, his lips are moving. And, in fairness George W. Bush set the precedent for former POTUSes lying about/criticizing his country on foreign soil.

But, then there’s this.


President Donald Trump said on Thursday [May 30, 2019] that John Kerry “should be prosecuted” for allegedly violating the Logan Act through his conversations with Iran, escalating a feud between his administration and the former [Obama-appointed] secretary of State.

“John Kerry violated the Logan Act,” Trump said during a White House press availability. “He’s talking to Iran and has has many meetings and many phone calls and he’s telling them what to do. That is total violation of the Logan Act.”


The response from Kerry's spokesperson amounted to “we will do what we want since we are the professionals and we know how to do this better than you do, Philistine.”

And it seem that other former Obama officials are intent on interfering in relations between the US and Iran. 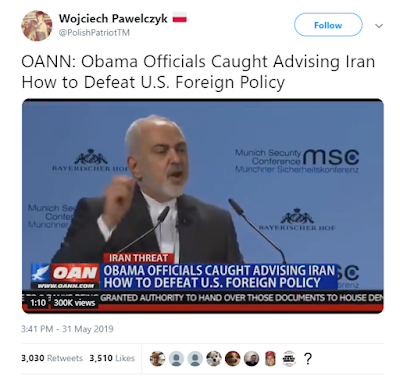 This is what you get when you elect a person — BHO — who feels entitled to his elevation and, ironically, feels contempt for those he leads. You get all of his “elite” cohorts, flunkies, and puppeteers who can “see the bigger picture,” the picture that we rabble who would elect some real estate mogul-reality TV star to office cannot see.

And their bigger picture always involves more power for them and elites in other countries — Iran’s mullahs, for example — and less for you.

These “elites” won’t let go without some … incentive. They will have to become convinced that letting go is in their best interest.

And I am convinced that there is a lot of “best interest” located in the declassified files of the Russian Collusion Investigation.

We spent eight years being afraid of what Obama had in store for us next. I want to see what’s in store for him.

Alternative: they could all HAVE A SEAT.

No, I don’t think it will happen either.