I’m Staying on the Battlefield 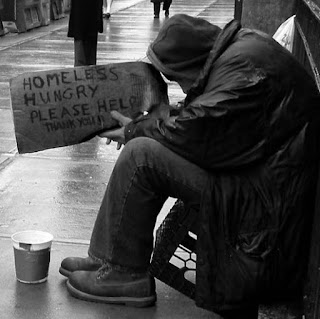 
I left Los Angeles for Nashville slightly over a year ago. When I call friends back in my former home (for 50 years), most of them tell me I got out just in time.

Actually, they’re wrong. I should have gotten out ten or even fifteen years before. The handwriting was on the wall. (…)

Now everybody knows about the 36,000 homeless on the streets of LA, over 60,000 in the county, replete with human feces and syringes littering the sidewalks, along with rats, typhus and even rumors of bubonic plague.

And those figures are what we’re told. No one, if you can trust the comments sections in the LA Times or the Next Door app for my old Hollywood neighborhood, remotely believes them. They could be three or four times the number. And how do you take a census of the homeless anyway? They are inherently nomadic. But everyone knows they are everywhere, along those sidewalks, under the freeway underpasses, even in the brush up by Mulholland Drive. Maybe they should add homeless encampments to the Disneyland Mulholland ride. (…)

Shelters, some of them well built, have been constructed all over the city but the homeless don’t want to stay in them. The reason is these shelters are drug-free zones and the homeless of LA (and San Francisco and Seattle) are anything but drug-free. Most are addicts. They prefer to live in tents where they can smoke what they want, shoot what they want, pop what they want.

And this is the stark reality. I know because I lived in homeless housing — different from a shelter — for nine months in 2015. No illegal drugs and no alcohol; you are drug tested before being allowed to live there. And violations of the rules result in eviction.

For myself, I like red wine, but I went without during my stay there. And I saw many people get booted for smuggling in their numbing agent of choice and being discovered.

Given a choice between getting high and sleeping indoors, all too many will choose the former.

The overarching factor for the exploding numbers of homeless persons here, of course, is that involuntary commitment into mental hospitals and insane asylums is illegal. “Civil rights,” you know.

And then there’s the great weather.

Roger picked a very nice state for relocation. Last year, I visited Tennessee – first time ever — and it’s high on the list for my own future move.

But I’m staying for now. Yes, it’s tough to live here, but as I’ve mentioned several times, I stay because of my church and it’s the lone reason.

California is the battlefield — not just a political one, but a spiritual one; the rising numbers of addicts is one of dozens of indications.

I have no plans on going out to “save” anyone, but I do sense that this state is on the edge of something good and I want to be here to see it and, maybe, be a part of it.

We will have to hit bottom, though, like all addicts.

And I think we’re almost there. At least I hope so.

2020 will be a very illuminating year.