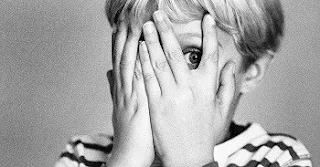 Usually at the beginning of a new year, I repost my most trafficked missives from this blog and from Da Tech Guy blog. This year is no different, but I had fewer choices.
Due to the craziness that was 2020 -- the combination of the Wuhan plague+lockdown, California’s AB5 and the insanity of the presidential election -- I lost the desire to write even here.
And, honestly, I can’t say that I’ve regained it. But here are my most read offerings in 2020 from both blogs.
Peter (Da Tech Guy) wants me back in in the saddle. We’ll see.
By the way, as a result of the Great Conservative De-Platforming, you'll notice that I don't feature Twitter or Facebook in my posts anymore. I've downloaded my data from both platforms and you should, too.
BALDILOCKS BLOG
How to Defend Yourself

I’ve been praying this to God almost every day since I memorized it. While doing so, I try to keep in mind that I’m talking to a person and when I find myself merely reciting the psalm, I stop and begin again.

As I have observed continuously during this pestilence, certain corners of our republic – usually governmental and media-related -- don't want the people to have hope and will say and do anything squash and quash even the whispers of it.And if that hope comes from Orange Man Bad, those corners will lie repeatedly, even when the truth is right in front of all our faces.

Leaders and Soldiers of the Escalating War

I must stress again that this is a spiritual war and that we – human beings -- are proxies for this war.

Well, if you are afraid of being guilt-tripped, then I don’t know what to tell you, because anyone with a strong sense of self and strong attachment to truth can refuse inappropriate guilty feelings. And that same devotion to truth should make such people hungry for both the good and uncomplimentary history of a group people who are the most American of Americans.

Back in 1974 when Congo was called Zaire, and after the late boxing legend Muhammad Ali returned from his triumphant heavyweight championship bout in Kinshasa against George Foreman, aka the Rumble in the Jungle, Ali was asked what he thought of Africa.

House Democrats are Trying to Californicate the Country

People from other states heap a lot of scorn on us California conservatives for what we let happen to our state over the decades. But this – and Virginia, and, no doubt, countless other forms of tyranny are happening in your state and our country while you laugh at us.

The point is that Donald Trump did not need black voters to win in 2016 and does not need us this year. So why does he help and support black Americans? Why does he want us on the Trump Train?

They Tell No Tales

Vaguely, I remember [Phil Haney] from my early days of blogging. He’s back in the news again; unfortunately for being dead.

The Silence of LA

No one is in a rush to go to work because so few are even allowed to go. The schools and colleges are shut down.

It’s certain, however, that much work and education is being conducted via digital means and when the shutdown ends, it will be interesting to see how these things will be transformed by the revelation that more stuff gets done when employees and students stay home

If the people believe that there will be no cure, we are more likely to let government have its way with us.

When you hit the Tip Jar, it helps pays for: A Roof Over My Head, Food, Gasoline, Car Insurance, the writing of My Next Book(s), and Utilities--especially Internet and COFFEE! Yes, coffee is a utility.
Posted by baldilocks at 6:33:00 PM

Baldilocks looking over and reading your blog pages is very impressive. Just wondering if I can find you on which freelance website to hire like fivver.com or other virtual assistant sites. I would like to discuss working together. Thanks, Dodie K Dawson