Why the Media Plant Lies 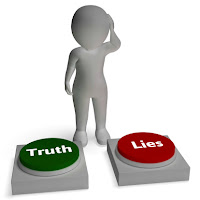 How many times has an entity of the mainstream media put forth an idea, stated something as fact only to have someone prove the fact or idea is a lie?

Long before the 2015 beginning of Donald Trump's campaign to become President of the United States, it had become standard operating procedure for entities like the Washington Post or the New York Times to do this and many are puzzled by it.

Remember Rathergate? Back in 2004, when Dan Rather, CBS News and other entities attempted to pass off a bogus letter allegedly related to then-President Bush's 1970s Texas Air National Guard service, the document was easily spotted as fraudulent for two major reasons: the letter's language was totally unlike any military document and that same document was determined to have been created using Microsoft Word – something that didn't exist during the time when a certain Lieutenant Bush was serving his country.

Nevertheless, I've personally seen two occasions in recent years, when a person has thrown up the accusation that former President Bush had been AWOL (sic) from his unit.

This taught me a valuable lesson and that lesson has been reinforced over and over again. It's this:

Most people do not properly evaluate received information.

Of course, most don't have time to do that. But the failure happens when we come to conclusions without the slightest bit of analysis or doubt. It also happens when we receive correction and not only refuse that correction, but scoff at it. That's what most people do, and I will admit to having done it before.

The Organized Left – which runs most mainstream media entities – knows this very human tendency thrives on it, and uses it to further its narrative(s).

Here's the usual method: NYT, or whoever, offers some blatant, bold-faced lie and leaves it in some public space for a bit. Then they will delete the lie and/or offer a correction, the latter of which will receive far less publicity that did the lie. Mistakes were made, and so on. And they can't be sued.

The purpose, however, is served: the lie has been planted and will take root in receptive soil. And, Lord knows that there's plenty of that. Mission accomplished. And, to further the horticultural metaphor, Social Media lends itself to widespread pollination.

Thus will the lie be around the world and back home again having dinner while the truth is sipping its morning coffee.

Returning to the assertion that most people receive only surface information, we are inclined to believe that information if it coincides with what we already believe. And here an irony: we tend to believe things that validate our fears instead of those thing which assuage them.

I'm looking at you, conservatives; you shouldn't get cocky about this. I have not forgotten all the conservatives, including some that I greatly respect(ed), who tried to tell me that my tribe – and that of former President Obama – was an Arab Muslim tribe which historically enslaved all of the other tribes in the Kenya region.

That lie was planted by a blogger named Kenneth Lamb and it is one of the most widespread and pernicious crocks of feces I have ever witnessed. It was a perfect example of an elaborate falsehood born of fear.

We all operate on imperfect knowledge and thinking people will acknowledge that. Remember the concept of Current Level of Deception?


A friend of mine says that he has had reality smash his pre-conceived notions about the world so often that he refers to his contemporaneous way of thinking about the world as his “current level of deception.”

If you recall, I said the above in reference to presidential candidate Donald Trump, who I greatly distrusted during the campaign, even though I ended up voting for him in the general election.

Watching what he has done since becoming President Trump has forced me to adjust my opinion of him. I still don't completely trust him, but he has been a much better president than I expected and, I do sometimes use the life rule that one can evaluate a person by observing who his/her enemies are and how those enemies react to that person's success. It definitely applies in the case of this president, not mention the many conservative and beneficial actions he has taken in the short time since his inauguration.

We all need to to be skeptics in regard to earthly matters, if only in preparation for the next time reality smashes whichever comfortable little bubble we find ourselves sitting in on any given day.

There's only one true inflexible notion I have: that God exists and that His Son, Jesus, sits at His right hand -- though I wouldn't put it past, say, the Washington Post, to run an exposé on that.

But that's a retraction I wouldn't be interested in witnessing.

RELATED: When the Press Failed to Recognize a Real Turkey