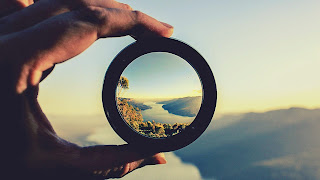 I've been holding back on you. Maybe I've been too concerned about what my audience thinks of me, but I can't do that anymore.

God has given me tiny little glimpses into the reality of things and I have to tell others about what I've seen.

Relax. He hasn't told me the day that Jesus will return for His church or the day when California will slide into the ocean -- I would be dictating this post while on the highway instead of sitting here calmly in my LA apartment if he had told me that last thing.

But He has given me enough so that I have seen evidence that this visible world is not all there is.

We are told that we are to accept that on faith and I did so before he started showing me stuff. It's great but also unnerving. And it does this one thing: it shifts ones perspective about current events. Things which used to be so important now seem so silly that I can barely stand to read much of the news and commentary. Conversely, formerly hidden patterns emerge.

Therefore, in the next few posts, I'm going to tell you what I've seen. I don't know if the telling will make any difference in the life of my readers, but I do know that God exists and I don't think He intended for me to keep all of this to myself.

Some of you might find it all mundane and boring. But, then again ...

PREVIOUSLY IN THE SERIES:

Every Tuesday and Saturday, I blog at the award-winning DaTechGuyBlog. Latest post: Secret Weapon and Freedom From Religion.

When you hit the Tip Jar, it helps pays for: A Roof Over My Head, Food, Gasoline, Car Insurance, the writing of My Next Book(s), and Utilities--especially Internet and COFFEE! Yes, coffee is a utility.
Posted by baldilocks at 8:18:00 PM